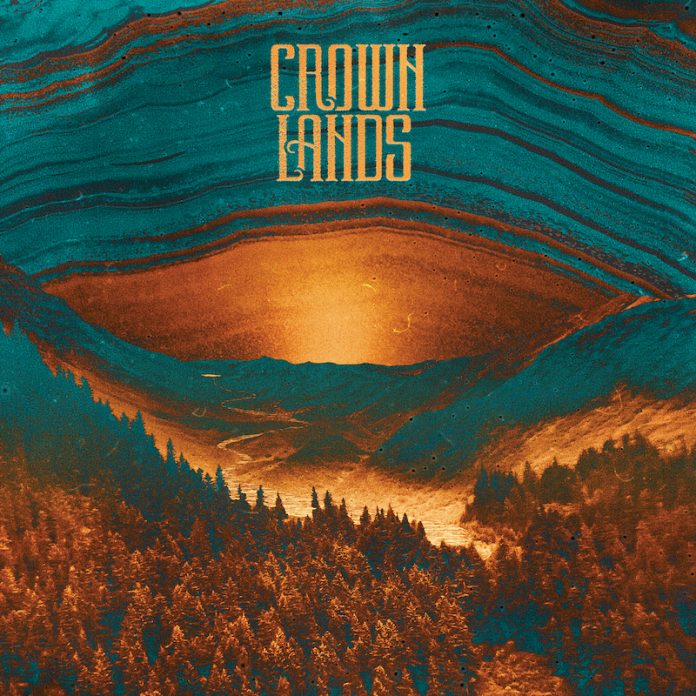 Mission-driven Canadian rock duo, Crown Lands, release their powerful new single, “End of The Road” with Universal Music Canada, the country’s leading music company. “End of The Road” pays tribute to the Indigenous womxn, girls, and two-spirits who have gone missing or have been murdered on Yellowhead Highway 16 in British Columbia, which is referred to as the Highway of Tears.

With this release, Crown Lands introduce themselves as allies, sharing “End of the Road” as reflective address of the disproportionate violence and ongoing injustices experienced by Indigenous communities with hopes to encourage education, discussion and action surrounding this national crisis.

Guitarist Kevin Comeau (he/him) remarks, “We don’t claim to have any answers, but we want to use our voice to bring awareness and help make a difference.”

From 2001 to 2015, the homicide rate for Indigenous Womxn in Canada was almost six times as high as the rate for non-Indigenous women (Statistics Canada). Lead vocalist and drummer, Cody Bowles (they/them) expresses the personal experience that influenced the creation of “End of The Road” explaining, “End of the Road is an outcry for awareness and action surrounding the colonial horrors of the missing and murdered Indigenous Womxn, Girls, and Two-Spirits that still haunt Indigenous communities today. Violence against Indigenous people is something I have witnessed firsthand throughout my life. I am half Mi’kmaw and grew up spending of a lot of my childhood in and around Alderville First Nation. I identify as Two-Spirit and dream of a better world for the brilliant Indigenous womxn, girls and 2SLGBTQ+ people who face adversity every day for their very existence. It’s up to all of us to make this world a better place for future generations, and this song is a small message of hope adding to the rising wave of Indigenous resistance throughout this land.”

The accompanying video for “End of the Road” also released today, opens with a narration by Canadian Inuk singer Tanya Tagaq, contextualizing the devastating facts of this ongoing issue. The video was co-produced by Sage Nokomis Wright, co-directed by Tim Myles, alongside Alex P Smith, and features a cast of Indigenous dancers with drone footage from The Highway of Tears in B.C. . The dancers represent the souls of the missing and murdered womxn and the red dresses are inspired by the work of The RED Dress Project, a collection of 600 red dresses by community donation that is installed across Canada as a visual reminder of the staggering number of womxn missing and to draw attention to the gendered and racialized nature of violent crimes against Indigenous womxn, girls, and 2SLGBTQ+ people. “End Of The Road” was choregraphed by Teineisha Richards, a Mi’kmaq artist from Bear River First Nations, Nova Scotia, raised in Toronto. Teineisha explains her process, “To create the choreography I had to go to a pretty deep and dark place and put myself in the shoes of both the women who went missing and the families of those women who suffered with their loss…I wanted to express the desperate feeling of someone fighting to escape, but with no redemption. Additionally, I aimed to generate a sense of self-empowerment and unity within a shared struggle, by my use of staccato, aggressive, and synchronized movement during the group sections of choreography. Most of the choreography derived from that dark, yet powerful place, and the overall message and feeling I received from the song.”

“End of The Road” follows the release of their acoustic EP Wayward Flyers Volume 1 and will be featured alongside the band’s previously released tracks “Spit it Out” and “Howlin’ Back” on Crown Lands’ upcoming debut album which they’ve announced is set to be released on August 13 with the pre-order available now. Working in Nashville with six-time Grammy winner Dave Cobb (Rival Sons, Chris Stapleton) who produced the album, helped the duo in both refining their writing and following their gut. “Dave pushed us to listen to ourselves and really trust our initial instinct with a song,” says Bowles. See below for full track listing.

After meeting six years ago and bonding over their shared love of music Bowles and Comeau became “instant best friends” and started jamming together in a local barn, switching up instruments, but never straying from a two-piece set-up. Crown Lands have released two EPs Mantra (2016) and Rise Over Run (2017). Making music that brings together a range of influences from folk and blues to psychedelic to prog rock, and drawing on their own intense personal chemistry, Crown Lands are a startlingly fresh jolt of energy.

The group’s name is indicative of their musical ambitions: “Crown Land” is territorial area belonging to the monarch—or, as Bowles puts it: “Crown Land is stolen land and we are reclaiming it.” Crown Lands are on a mission to represent a sense of empowerment for marginalized communities through their music and the weighty subject matter of their lyrics. “People are going to listen to you, so you may as well say something that matters,” says Comeau.