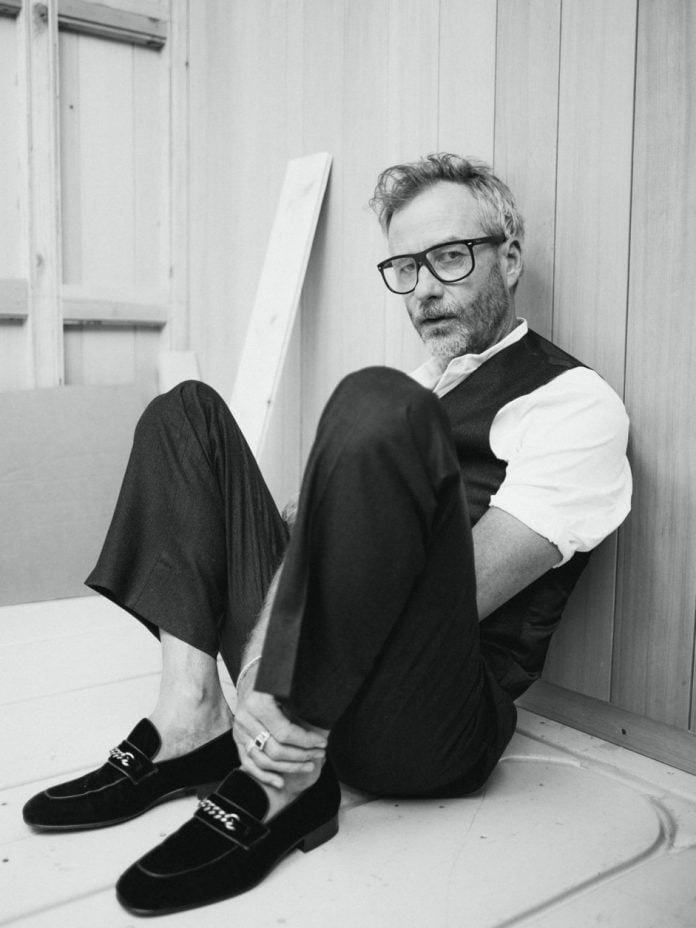 In anticipation of Serpentine Prison, the upcoming debut solo record from Matt Berninger — frontman of critically acclaimed group The National — Berninger is premiering the new track, Distant Axis, alongside a video which he directed with his brother, Tom Berninger, and Chris Sgroi.

Berninger explains about the track, which he wrote with The Walkmen’s Walter Martin, “I met Walter Martin fifteen years ago when The National opened for The Walkmen on a tour of shitty clubs in the American Southeast. On that tour I learned a lot about how to be in a band without ruining your life. I also learned a lot about Florida, Tennessee and Georgia. Walt and I have stayed friends and about three years ago we started passing ideas back and forth. Distant Axis started from a sketch Walt sent me named Savannah. I think it’s about falling out of touch with someone or something you once thought would be there forever.”

In addition to his duties as frontman of acclaimed rock group, The National, with whom he won the Grammy Award for Best Alternative Music Album for 2017’s Sleep Well Beast, Berninger also collaborated with Brent Knopf (Ramona Falls, Menomena) under the moniker El Vy for the 2015 release Return to the Moon. In 2019 Berninger appeared in Between Two Ferns: The Movie and teamed up with Phoebe Bridgers to contribute the song, Walking on a String, to the film’s soundtrack.