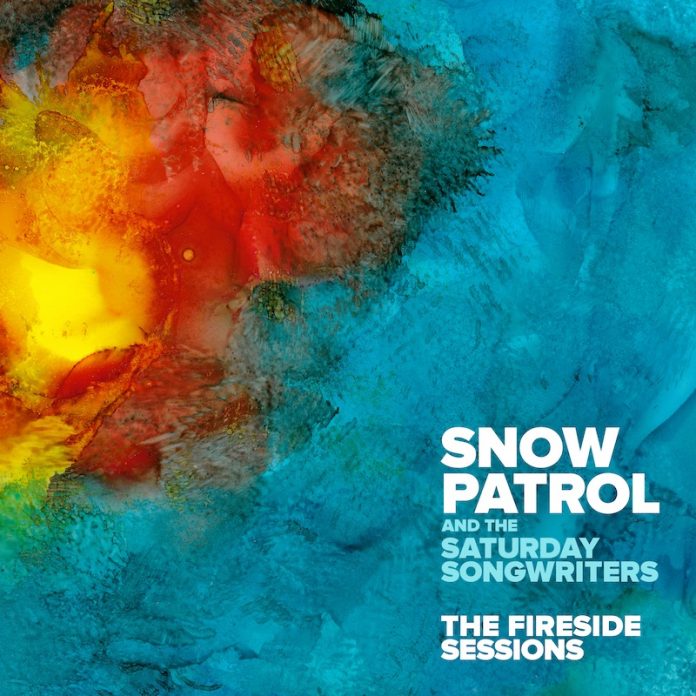 Snow Patrol have announced details of a brand-new EP. Written and recorded during lockdown, The Fireside Sessions will be released on August 21 and is made up of five songs written with the band’s fans during a series of streams on Instagram Live dubbed ‘Saturday Songwriters’. In a nod to this collaboration, The Fireside Sessions will be released under the banner of Snow Patrol And The Saturday Songwriters. The EP was produced by Iain Archer. It will be released digitally and is preceded by the new single “Reaching Out To You” released today.

The band are partnering with the Trussell Trust Charity for the EP and all proceeds from the project will go to the anti-poverty charity. Speaking about how The Fireside Sessions came about, frontman Gary Lightbody says, “During lockdown I wrote a song each Saturday on Instagram Live. People from all over the world participated and each week there was 4 or 5 thousand people involved over the course of the hour: The Saturday Songwriters. They would suggest chords and lyrics and I would put them all together and add in a few of my own where appropriate but my unwritten rule was that there would be lyrics from a Saturday Songwriter in each line of the song. We did it for 11 weeks and wrote 12 songs together. It was a lot of fun.”

Completing the EP’s tracklisting alongside “Reaching Out To You” are “On The Edge Of All This,” “The Curve Of Earth,” “Dance With Me” and “Light Years.” The Fireside Sessions follow’s last year’s Reworked album, which saw the quintet offer up alternate versions of iconic tracks alongside some deep cuts. Reworked reached Number 3 in the UK charts.

The Trussell Trust supports a nationwide network of food banks to provide emergency support to people locked in poverty, and campaign for change to end the need for food banks in the UK.

Food banks have seen a huge increase in need for emergency support during the coronavirus outbreak. The Trussell Trust reports a soaring 89% increase in need for emergency food parcels during April 2020 compared to the same month last year, including a 107% rise in parcels given to children. The number of families with children receiving parcels has doubled compared to the same period last year.

Wherever possible, food banks are continuing to provide emergency support to people in their community in the safest way possible. Many have had to make significant changes to the way they work in order to protect the health of everyone at the food bank – whether that’s people who need the food bank, people volunteering, or people donating.

About the Trussell Trust: