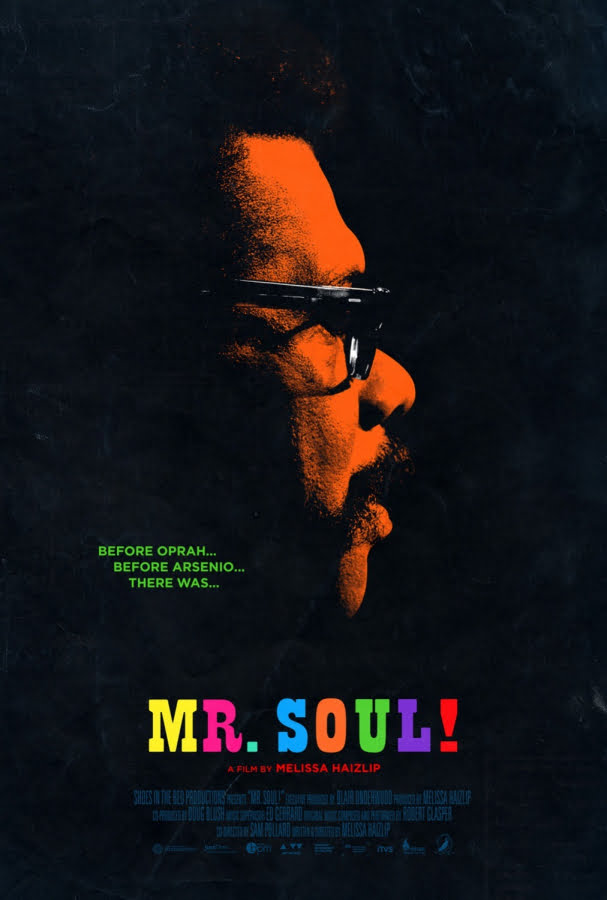 In 1968, America’s first Black variety show, SOUL!, helmed by producer and eventual host Ellis Haizlip, premiered on public television. The pioneering series ran for six years, cementing itself as not only a vehicle to celebrate Black artistry, community and culture but also as a platform for political expression and a powerful force in the fight for social justice. In Mr. SOUL!, award-winning filmmaker Melissa Haizlip—the niece of Ellis—portrays in exquisite detail a revolutionary time in American culture and entertainment through vibrant archival footage and interviews with numerous Black luminaires who appeared on SOUL!, or were impacted by it.

Winner of the Best Music Documentary at the IDA Documentary Awards and the Audience Award for Best Feature at AFI Docs in 2018, Mr. SOUL!will premiere on this season of PBS’s anthology documentary series, Independent Lens, Winter 2021.

While chronicling the journey of SOUL!, filmmaker Melissa Haizlip recounts the life and contributions of the late Ellis Haizlip, who was steeped in the New York City arts community prior to creating the show. Ellis quickly stepped into the role of host of his creation, where his earnest demeanor, low-key interviewing style, and his passion for the Black artistic community and their works—including books, the spoken word, music, film and dance—culminated in a show that depicted the Black experience in an utterly groundbreaking way. Haizlip’s creation shifted the media focus from what was then uniformly images of inner-city poverty and violence, to instead shine a light on the vibrant contemporary Black Arts Movement.

Initially produced for New York public television, SOUL! with its singular focus on the Black community, was utterly groundbreaking. It quickly became a nationwide forum to showcase African Americans’ profound contribution to the arts. By 1970, the weekly show—each episode a mix of performances and interviews—was broadcast by 72 PBS affiliates across the country. This film celebrates the genesis of SOUL! from inception, through its rise as a cultural force, to its final episode in 1973, after the series lost public funding, a casualty of changing political sensibilities.

Maya Angelou, among many others. Artists such as Harry Belafonte, Ahmir “Questlove” Thompson and actress Kathleen Cleaver share their recollections about the show and its impact on them.

“SOUL! broke new ground in entertainment, and its impact is still being felt today, as it inspired an entire generation of artists who watched at home as young people, with rapt attention, never missing the show every week,” said filmmaker Melissa Haizlip. “I hope the story of Ellis Haizlip and his creation continues to inspire the Black community to make their own art; art that reflects them and their own worldview, and that they never compromise their creative vision.”

“With Mr. SOUL!, Melissa shines a light on a one-of-a-kind creative visionary, and his truly important cultural creation,” said Independent Lens Executive Producer Lois Vossen. “We are delighted to bring the story of Ellis Haizlip and SOUL! back home to public television.”