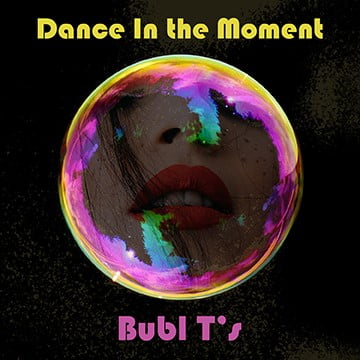 When it comes to pushing the boundaries of pop, Canadian artists Bubl T’s says “all things are fair game.” Nowhere is this more exemplified than on their newest single, “Dance In The Moment” and its EDM version — available now!

“Lyrically, the song reveals the thoughts of a young woman at a busy dance club who is only interested in dancing,” Bubl T’s say about the track. “Ultimately, she’s happy when she connects with someone to dance with for the night.

“That’s all she’s really after.”

The EDM version of “Dance In The Moment” lands as a sensual and atmospheric track, while its pop-version counterpart, set for release later this year, comes in with a more driving, stronger musical theme throughout. “Ruth did the EDM arrangement of this song,” the band says. “She took all the vocal melodies and chord progressions from the original, but wove them in her own way.”

With over 20,000+ streams across Spotify and counting, Bubl T’s have released three additional singles since stepping onto the scene earlier this year: “Strange Reaction,” “Ready for Love,” and “Loser.”

“Dance In the Moment (EDM Version)” is available now.