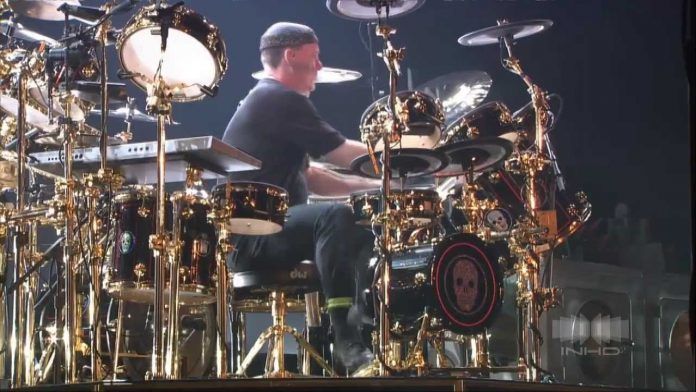 LiveXLive Media,, a global platform for livestream and on-demand audio, video and podcast content in music, comedy, and pop culture, announced today that it has partnered with global publisher Modern Drummer to pay tribute to Neil Peart and drumming talent worldwide during the Modern Drummer Festival 2020, the twentieth annual edition of the festival. The Pay-Per-View event will take place on September 12, 2020, produced and distributed by LiveXLive. Tickets go on sale on August 26, 2020 with packages starting at just $14.99. VIP and Special-Offer Bundles will include merchandise, tickets, subscription to LiveXLive and Modern Drummer.

The Rock and Roll Hall of Fame, School of Rock, DW & Drum Channel are on board as festival partners to provide exclusive content, giveaways and special guests.

“Modern Drummer turns 45 next year and through more than 40 of them, we formed a close and unique collaboration with the one and only, Neil Peart. Neil even gave away his iconic candy apple red kit to a Modern Drummer reader in the 80’s via mail-in letters chosen personally by Peart himself! It was without question that as Modern Drummer celebrates our twentieth festival, we are honoring Neil with a fitting tribute from some of his closest friends as well as world-class drummers that he inspired. The Modern Drummer Festival is a celebration of drums, drumming and drummers worldwide. This year will be the first year that everyone can attend as our capacity just went into the Hemispheres!” said David Frangioni, CEO and Publisher of Modern Drummer Publications.

“As Modern Drummer celebrates its twentieth year, the world lost a great talent this January when Neil Peart passed on, adding to the list of heartbreaking events in 2020,” said Jackie Stone, Chief Marketing Officer of LiveXLive. “We get to support Modern Drummer Festival 2020 in not only celebrating Neil, but celebrating drumming talent worldwide and paying homage to these artists with our global village filled with fellow music-lovers.”

LiveXLive has sold tens of thousands of pay-per-view (“PPV”) tickets in over 96 countries at an average ticket price of $27 and with overall ticket sales totaling $850,000. LiveXLive’s recent PPV event with K-Pop sensation Monsta X sold out VIP tickets in under two minutes, -and the equivalent of a sold-out show at Staples Center. LiveXLive’s PPV initiative was created as a revenue-share model to support artists during a time when concerts and touring are at a standstill. LiveXLive’s PPV platform allows artists to go direct-to-consumer and perform full-length concerts and shows with unique behind the scenes footage, docu-reality-style coverage coupled with premium tiered pricing with tickets that include VIP experiences, exclusive merchandise, digital meet-and-greets, and other event-exclusive perks. Future scheduled PPV events include top artists such as Pitbull, Nelly, Jeremih and many more.