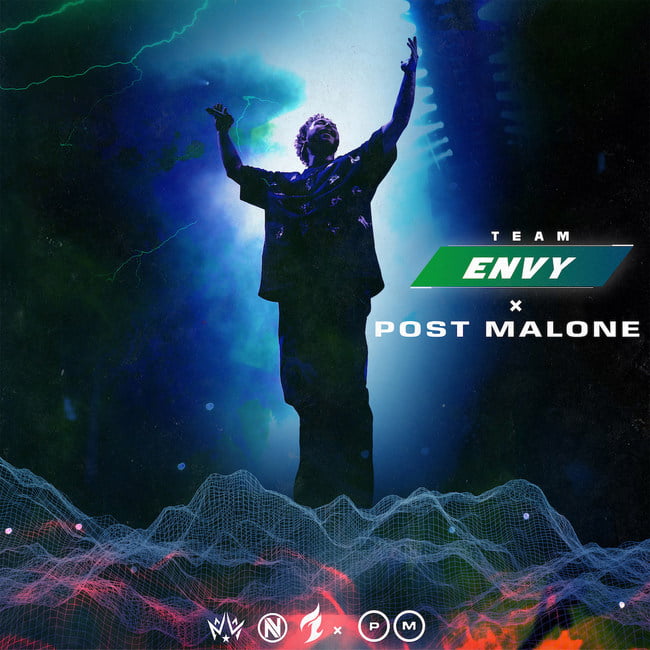 Post Malone is now an esports team owner – technically, of multiple teams. Envy Gaming, one of the most valuable esports organizations in the world and the largest esports company in Texas, announced that multi-platinum, award-winning artist Post Malone has joined the organization’s ownership group, taking an undisclosed equity stake. The 25-year-old global superstar is an avid video game fan who grew up in North Texas, where Envy Gaming and its esports teams – the Dallas Fuel, the Dallas Empire and Team Envy – are based.

“I grew up in Texas and I’ve been gaming my whole life, so this just really felt right,” said Post Malone. “I have always wanted to be a part of bringing gaming into the professional sports world so to be involved with what Envy is doing in my hometown feels like such a perfect fit.”

Envy and Post Malone revealed the partnership on social media ahead of the Call of Duty League Championship Weekend, in which the Envy-owned Dallas Empire team is competing. The Dallas Empire play on Saturday, August 29 at 2:30 p.m. CT.

“Post Malone is a cultural icon who brings a massive fan following to everything that he does, whether it’s music, entertainment or gaming,” said Adam Rymer, CEO at Envy Gaming.

Envy Gaming owner and chief gaming officer Mike Rufail said, “I first met Post at Posty Fest in Arlington last November. We had a very real chat about his love for video games. He’s a genuine gamer who brings a lot of effort and personality into everything he does. I couldn’t be happier to have him invest and build with us.”