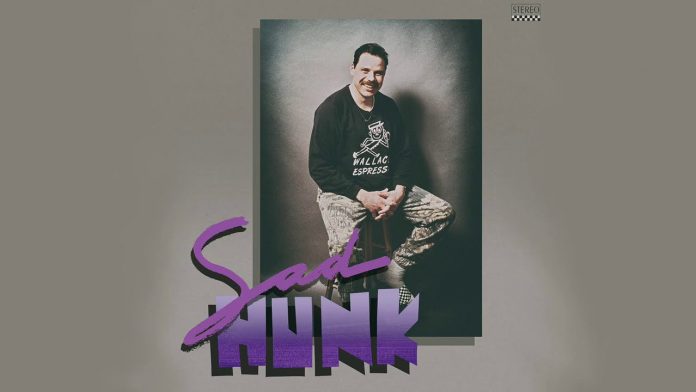 While the 2018 release Earthtones saw Bahamas joining forces with bassist Pino Palladino and drummer James Gadson (the rhythm section behind D’ Angelo’s Black Messiah), Sad Hunk was created with past collaborators Christine Bougie (guitar), Don Kerr (drums), Mike O’Brien (bass), Felicity Williams (vocals) and recorded by longtime producer and multi-Grammy nominee Robbie Lackritz (Feist, Jack Johnson, Robbie Robertson). It also features the graceful guitar work of Sam Weber, a musician whom Jurvanen discovered on YouTube. Sad Hunk is the next step in Afie’s virtuosic signature style of restraint as a guitarist.
“Something like ten years ago, I did a photoshoot, and in all the pictures they sent back, I was lit half in shadow, looking all brooding and mysterious,” says Jurvanen. “When my wife saw the photos, the first thing she said was, “Whoa, sad hunk,” and after that, it became sort of a joke among our friends.” It’s a fitting backstory for an album that embodies an undaunted self-awareness, each track graced with Bahamas’ wry wit and unabashed heart.

In sketching Sad Hunk’s delicately composed batch of songs, Jurvanen drew much inspiration from his home life and all the joy and struggle that comes with building a family together. Having recently moved to the coast of Nova Scotia with his wife and two daughters (ages three and five), the Ontario native inevitably imbued the album with the sleepy idyll of his surroundings, even while committing to a sometimes-painful sincerity in his lyrics.

“I definitely use music to work things out for myself,” says Jurvanen. “It’s possible I’m too open sometimes, but I really don’t know any better way to be. If I tried to just go write fun songs about hot dogs or something, I’d probably fail.”

A globally successful touring artist, Bahamas averages over 2.5 million regular monthly listens on Spotify with more than 450 million streams to date. “Lost In The Light,” from 2012’s Barchords, is nearing 100 million streams, while “All The Time,” the lead single from third album Bahamas Is Afie, recently passed 70 million. Nominated for Best Engineered Album, Non-Classical at the 2019 Grammy Awards, Earthtones won Adult Alternative Album Of The Year at the 2019 JUNO Awards. Jurvanen also received this accolade for Bahamas Is Afie in 2015, when he was also named Songwriter Of The Year.