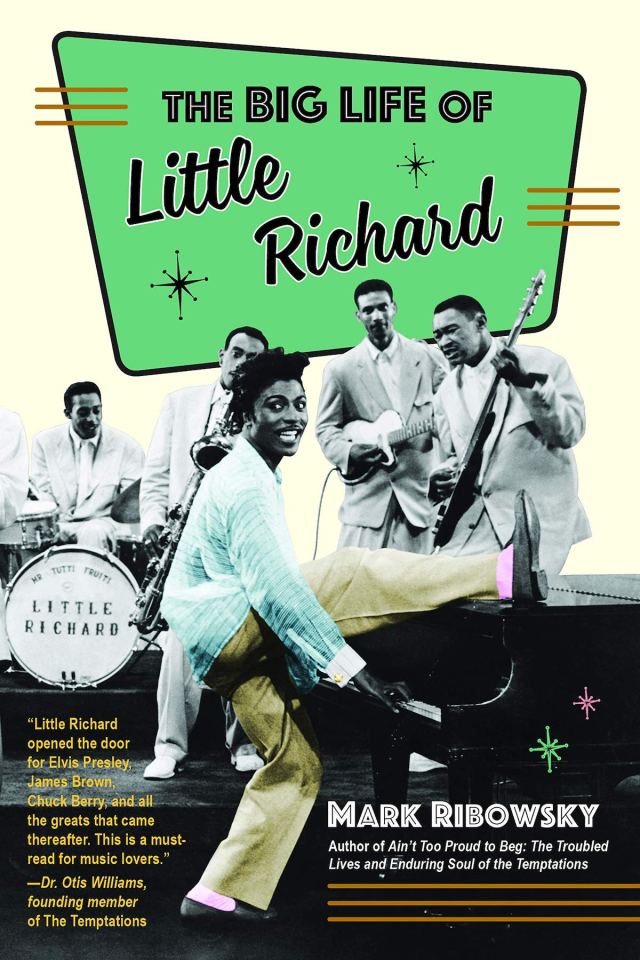 Little Richard blazed the trail for generations of musicians―The Beatles, James Brown, the Everly Brothers, Jimi Hendrix, the Rolling Stones, Elton John, Prince . . . the list seems endless. He was “The Originator,” “The Innovator,” and the self-anointed “King and Queen of Rock ’n’ Roll.” When he died on May 9, 2020, The Big Life of Little Richard―a nearly-completed book―was immediately updated to cover the international response to his death. It is the first major biography of Macon, Georgia’s Richard Wayne Penniman, who was, until his passing, the last rock god standing.

Mark Ribowsky, acclaimed biographer of musical icons―the Supremes, the Temptations, Stevie Wonder, Otis Redding―takes readers through venues, gigs, and studios, conveying the sweaty energy of music sessions limited to a few tracks on an Ampex tape machine and vocals sung along with a live band. He explores Little Richard’s musicianship; his family life; his uphill battle against racism; his interactions with famous contemporaries and the media; and his lifelong inner conflict between his religion and his sexuality.

The Big Life of Little Richard not only explores a legendary stage persona, but also a complex life under the makeup and pomade, the neon-lit duds and piano pyrotechnics, along with a full-body dive into the waters of sexual fluidity.

By 2020, eighty-seven-year-old Little Richard’s electrifying smile was still intact, as were his bona fides as rock’s kingly architect: the ’50s defined his reign, and he extended elder statesmanship ever since. His biggest smash, “Tutti Frutti,” is one of history’s most covered songs―a staple of the pre-Invasion Beatles―and Elvis pivoted from country to blues rock after Little Richard made R&B’s sexual overtones a fundament of the new musical order. Even Hendrix, the greatest instrumentalist in rock history, toured with him before launching a meteoric solo career.

Whenever someone pushes the music and culture of rock to its outer borders, one should turn to Little Richard for assurance that anything is possible.