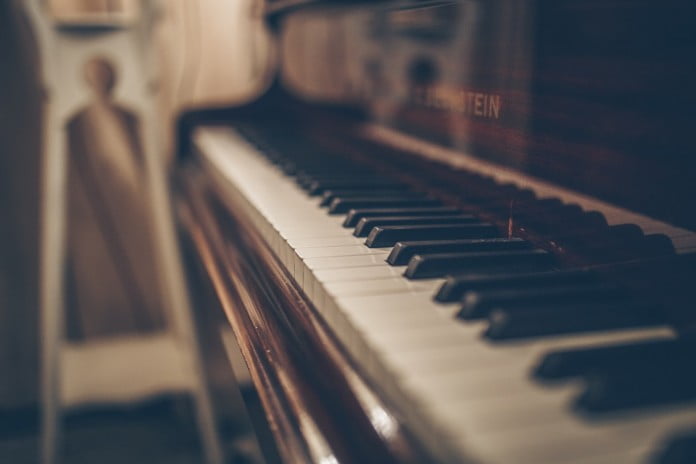 Music has the power to unite people from all walks of life and through listening to our favourite musicians, we are elevated to beautiful worlds. So, who are the best musicians of all time that brought the world sensational music and memorable performances? Of course, it is debatable and will be based on people’s preference in music genres. Surely, it’s not as easy as deciding who the best football club is or what the top slots online are. Nonetheless, here’s a list of the top 20 musicians of all time crossing all genres. You’re bound to be in agreement with this profound list.

Undoubtedly, Queen remains one of the world’s most important and influential bands. Their unique expression, anthemic and inspiring songs captured the world over. From “Don’t Stop Me Now” to “We Will Rock You”, Queen’s songs continue to find their way into the younger generation’s music library. Their songs have a way of sending goosebumps down your spine as you belt out the catchy words. The band consisted of Freddie Mercury (lead vocalist), Brian May (lead guitar), Roger Taylor (drums), and John Deacon (bass).

Madonna is amongst one of the best-selling artists of all time and a cultural icon. Considered the Queen of Pop, Madonna was known for always reinventing her look, fashion, and music style. One thing is for sure, she always knows how to stay relevant and set new trends. Through her music, she pushed social boundaries and addressed many taboo issues. Madonna was definitely a pioneer in affording women the ability to explore their power and independence through music. If you think back to the 80s, you’d be forgiven for hearing songs such as “Like a Prayer” and “Papa Don’t Preach” playing in your mind as Madonna pretty much dominated the radio stations.

A true legend, Whitney Houston was always destined for greatness. The daughter of a famed gospel singer Cissy Houston, the cousin of Dionne Warwick, and the goddaughter of Aretha Franklin, she was surrounded by powerful women. Whitney started singing in church where she consistently captivated the audience with her powerful vocals. At the age of 15, she was discovered by a photographer who admired her natural beauty and she then began modelling. It was Clive Davis who discovered Whitney, at the age of 19 and immediately signed her after he heard her perform at a nightclub. The rest as they say is history. Throughout her 20+ year career, Whitney sold out concerts, acted in hit movies such as “Waiting To Exhale” and “The Bodyguard”, and released hit after hit songs that still capture people today! Whitney has serenaded the world with songs such as “I Will Always Love You”, “I Have Nothing”, and “Where Do Broken Hearts Go”. She has won over 415 awards in total, including Grammys, American Music Awards, Oscars, and more.

Since her debut in 1990, Mariah Carey has inspired and entertained the world with her powerful vocals. She incredibly possesses a five-octave vocal range that has stunned many people over the years. In 1988, the executive for Columbia Records listened to Mariah’s demo tape and signed her to the label. In 2006, Mariah went on to win three Grammy Awards, including the Best Contemporary R&B Album, Best R&B Song, and Best Female R&B Vocal Performance. Along with her impressive singing career, Mariah has also acted in movies such as “Glitter” and “Precious”. There is no other like Mariah Carey and she has confidently paved the way for many young girls to belt their hearts out too.

Michael Jackson was a singer, songwriter, and dancer dubbed the King of Pop. Jackson sold over 75 million albums in the United States, and he ranks no. 7 on the RIAA’s list of top-selling artists of all time. Along with his four brothers, they formed the group Jackson 5 who made pop history as the first group to have their first four singles hit no. 1. In 1982, Jackson released the famous “Thriller” album which was inducted into the Grammy Hall of Fame along with the hit album “Off The Wall”. Of course, we have to talk about Jackson’s dancing and the famous moonwalk he did during his “Billie Jean” performance. The moonwalk quickly became a world phenomenon and still to this day, people are attempting to do their best rendition of this famous dance move.

With hits such as “I’m Still Standing” and “Can You Feel the Love”, the classically trained pianist Elton John is hands down one of the top musicians of all time. John has accumulated 38 gold and 31 platinum or multi-platinum albums and he sold more than 250 million records worldwide!

The uber-talented Stevie Wonder gave the world so much magic through his music. One of the world’s most loved pop icons, Stevie Wonder has made numerous albums, including “Talking Book”, “Innervisions”, and “Hotter than July”. He has had ten US no.1 hits on the pop charts and sold over 100 million records.

One of the most influential guitarists in the late ‘60s and early ‘70s, Eric Clapton became a significant singer-songwriter. He produced a great range of albums, including “Slowhand”, “Backless”, and the hit “Tears in Heaven” which was written after the death of his son.

The Jamaican singer, musician and songwriter Bob Marley brought healing to this world through his music and activism. The reggae maestro gifted us with classics such as “One Love” and “No Woman No Cry”. Marley is a true legend of the 21st century and his image continues to adorn many t-shirts and walls with various other artists covering his songs too.

George Michael released five studio albums, two compilation albums, one extended play, and 47 singles. The English singer sold over 100 million records worldwide. With hits such as “Faith” and “Don’t Let the Sun Go Down on Me”, Michael deserves a spot on this top 20 list.

Other top musicians who made the top 20 cut

There you have it, a list of the top 20 musicians of all time who have graced us with their incredible talent.