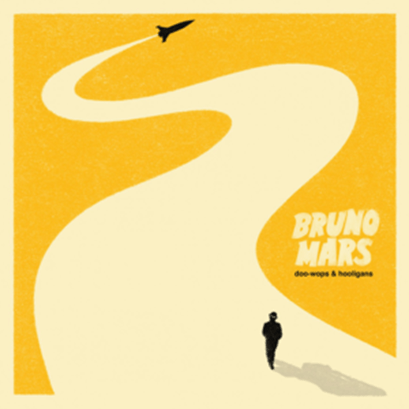 11x GRAMMY Award-winning superstar Bruno Mars is commemorating the 10th anniversary of his milestone solo debut, DOO-WOPS & HOOLIGANS, with the announcement of a number of new RIAA certifications and much more.

The milestone 10th anniversary of DOO-WOPS & HOOLIGANS is being celebrated with today’s premiere of a deluxe YouTube playlist featuring all of the album’s official videos newly remastered in spectacular 4K UHD alongside six brand new lyric videos produced for this occasion. DOO-WOPS & HOOLIGANS has long been a YouTube favorite, with cumulative plays of all official content now exceeding 4.5 billion. The upcoming anniversary is being further celebrated with social media campaigns on TikTok and Instagram.

The anniversary is being celebrated at the DSPs through a variety of playlist takeovers and cover features. In addition, an array of classic DOO-WOPS & HOOLIGANS merchandise is on sale now for a limited time at the official Bruno Mars webstore.

As if that weren’t enough, DOO-WOPS & HOOLIGANS will be available in limited edition yellow vinyl on Friday, November 27th.

DOO-WOPS & HOOLIGANS marked the landmark debut of a remarkable new artist. The album – which peaked at #3 on the Billboard 200 – has gone on to achieve global album equivalent sales of 15.5 million. Now boasting more than 7.8 billion total streams, DOO-WOPS & HOOLIGANS is the longest charting debut album on Top 200 and #4 longest running of all time.

DOO-WOPS & HOOLIGANS received a wide range of honors and accolades to match its popular success, including GRAMMY Awards for “Album of the Year” and “Best Pop Vocal Album.” The album spawned a string of blockbuster hit singles and companion videos, including “Just The Way You Are,” “Grenade,” “The Lazy Song,” “Talking to the Moon,” “Marry You,” and “Count On Me.”

Indeed, “Just The Way You Are” and “Grenade” proved era-defining hits around the world, reaching #1 on the Billboard “Hot 100” and numerous singles charts around the globe. In addition, “Just The Way You Are” went on to receive the GRAMMY Award for “Best Male Pop Vocal Performance,” while “Grenade” was honored with three GRAMMY Award nominations, including “Record of the Year” “Song of the Year,” and “Best Pop Solo Performance.”

With worldwide sales of more than 130 million albums and more than 173 million singles, Bruno Mars is one of the best-selling artists of all time. His most recent album, the critically acclaimed, 3x platinum certified 24K MAGIC, made an impressive debut atop Billboard’s “Top Digital Albums” and “Top R&B/Hip-Hop Albums” charts upon its 2016 arrival. The album includes the 7x platinum certified, #1 single, “That’s What I Like” – Mars’ seventh “Hot 100” chart-topper and first ever #1 on the “Hot R&B Songs” chart, affirming him as one of the few artists to have written and produced each of his #1 hits as well as to have a #1 song on the “Hot 100” from each of his first three studio albums.

Among his truly countless accolades, Mars is a 4x Guinness World Record holder, with his milestone 2015 NFL Super Bowl Halftime Show drawing a record-breaking total viewership of over 115.3 million. Mars also holds the world record as the “First Male Artist to Achieve Three 10 Million Selling Singles” and “Most Followed Male Chart-topper on Musical.ly,” while 2016’s 2x GRAMMY Award-winning, worldwide #1 collaboration with Mark Ronson, “Uptown Funk,” made history for the “Most Weeks at #1 on the U.S. Digital Song Sales” chart.