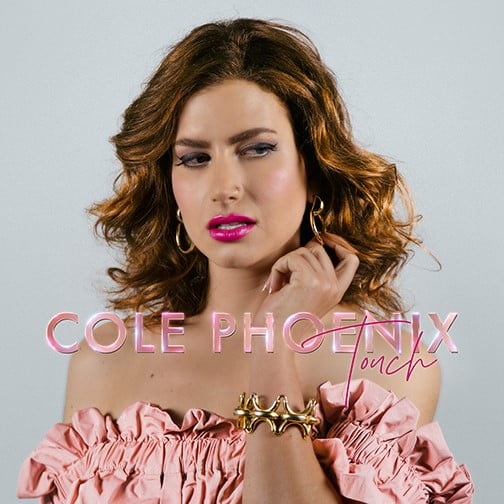 Chart-topping and award-nominated International dance-pop artist Cole Phoenix has the magic “Touch” with the release of her newest bop — available now!

“This is about holding onto someone and loving them for who they truly are,” she muses. “All guards down.

“When making music, you need to shed all masks and be genuine to truly connect, to ‘Touch’ your audience right,” she continues. “It’s a little… No, it’s a LOT like love.

“You have to release your inhibitions and realize you have more to gain and nothing to lose when you show for who you are — the real you. That’s the path to finding true love and forming touching music.”

Originally from Australia, and first on the scene in 2012, Cole Phoenix (Nicole Pentis) also holds acting, scriptwriting and authorship credits to her name. She was nominated for a New Music Award’s ‘Best New Top 40 Artist of the Year,’ and a semi-finalist in the International Songwriting Competition twice for singles “Catch-22” and “Cannibal.”

Speaking of singles, her hit song “UFO” hit #1 on the Top 40 Internet, #3 on the AC/Hot AC Internet, and #10 on the Hot 100 Singles charts, and “Back Back To Me” and “Stone Woman” racked up radio play and retail and flight synch lists the world over.

Recorded at The Warehouse with vocal engineer Alex Krotz, “Touch” was written with Los Angeles-based Billboard-charting producer Guy Gabriel. “Recording at Bryan Adams’ studio in Vancouver’s historic Gastown gave a nice ‘Touch’ to the experience,” she shares. “Gastown is a magical place.”