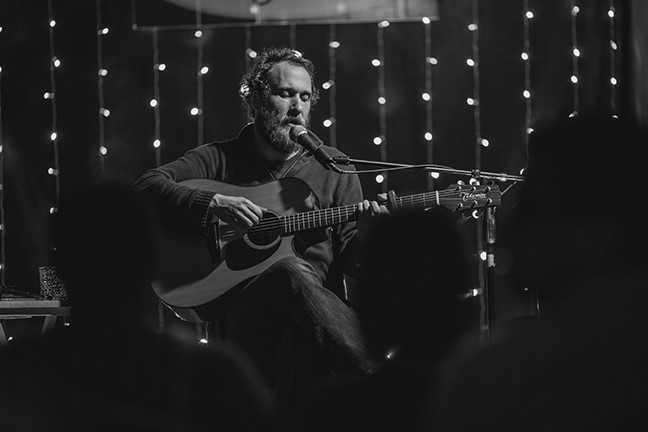 Multi-award nominated Canadian folk singer/songwriter Craig Cardiff details the special kind of unabashed bliss that accompanies summer romance with the release of his new single and video, Emm & May.

Calling on inspiration for everything from those first kisses to late-night bonfires, to lean-close hand holding and gazing up endlessly at the stars, Emm & May is a rambunctious, enveloping folk refrain about a budding love observed through the eyes of someone who loves to share a good story.

The song — the second to arrive ahead of his forthcoming album, All This Time Running — is instantly in keeping with Cardiff’s signature style of songwriting inspired by the sights and souls around him; for almost a decade, the Arnprior, Ontario-based artist has passed around a notebook titled ‘Book of Truths’ during shows, encouraging the audience to write and share something — a story, a confession, a hope or a secret — they might be too afraid to say out loud.

As a result, Cardiff — dubbed by Gordon Lightfoot as a “songwriter who needs to be heard” — often finds himself responding by writing songs that offer glimmers of hope for people to hold onto.

The video for Emm & May features songwriter and actor Lane Webber and is directed by Jennifer Besworth. Cardiff is notably absent from the video, a decision the songwriter says was obvious. “The song might be from my brain, but I wanted to capture it from a completely different perspective,” Cardiff shares. “The song isn’t about me, it’s about this beautiful, sweet, short love story, so it was important for me to let them — the actors and the director — tell it.”

Craig Cardiff is a certified Gold-selling artist for his single Dirty Old Town, as well as a JUNO Award (Roots and Traditional Album of the Year: Solo) and Canadian Folk Music Award (Contemporary Singer of the Year) nominee. His growing library of releases have been streamed more than 100 million times, including on NBC’s award-winning television series, This Is Us.