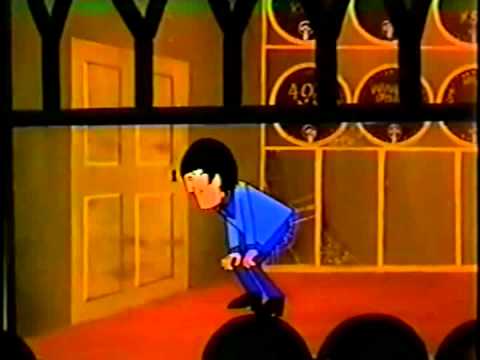 The Beatles animated television series was a historical milestone as the first weekly television series to feature animated versions of real, living people. It was originally broadcast from 1965 to 1969 on ABC in the U.S. for a total of 39 episodes produced. Each episode has a name of a Beatles song, so the story is based on its lyrics and also played at some time in the episode, and here’s the one with I Saw Her Standing There.