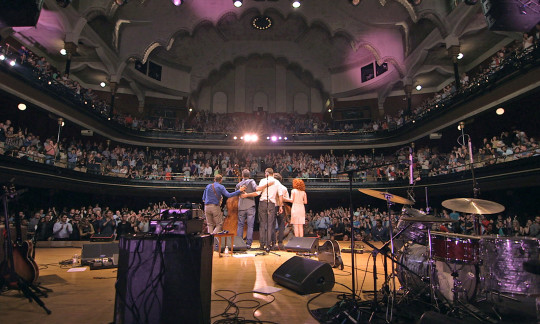 The Slaight Family Foundation have been steadfast champions of the Massey Hall Revitalization since its inception with their 2017 lead donation of $5 million. In appreciation of this early support, the iconic Massey Hall stage was named The Allan Slaight Stage and a hand carved plaque was commissioned and displayed in the Massey Hall lobby.

Today’s announcement marks an additional $5 million dollars towards the project, thus totalling $10 million. This unwavering support ensures that Massey Hall will continue to be the crown jewel of Canada’s live music scene and allow future generations of music fans and artists to celebrate for another century and beyond.

The Slaight Family Foundation was established in 2008 by John Allan Slaight. Allan Slaight is known as Canada’s broadcast pioneer, music leader and a prominent Canadian philanthropist. Through his generosity, the Foundation proactively supports charitable initiatives in the areas of healthcare, at-risk youth, international development, social services and culture. The Slaight Family Foundation is overseen by Allan’s son Gary.

Massey Hall is currently undergoing the most significant renovation in its 126-year history. This Revitalization Project will protect and celebrate Massey Hall’s heritage and propel its magnificent legacy for artists and fans for another century and beyond. The project will restore and renew both the interior and exterior of this National Historic Site, improve patron amenities and accessibility, open two new music venues, expand the scope of the artist development and education and outreach initiatives, and see the return of the original, 126 year-old stained glass windows. For more information, visit masseyhall.com.