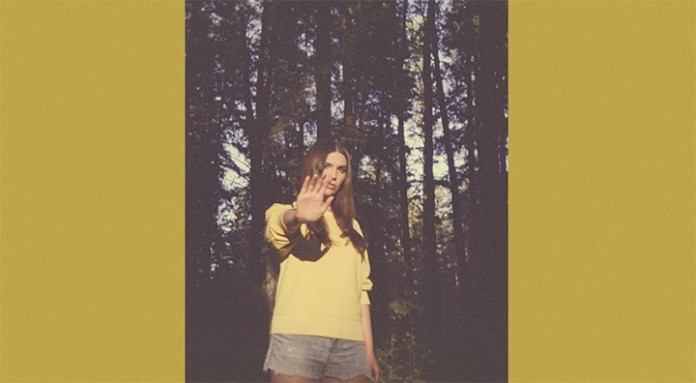 Canadian alt-pop, electro-synth and velvet-voiced artist velours is standing stellar in “Summer Haze” with not one, but two recent Saskatchewan Music Awards nominations around the track.

“‘Summer Haze’ was the most intimate song I wrote for Identity, and it’s meant to evoke a feeling of renewal… An escape from an internal cage,” velours shares. “The afternoon I wrote it, I was inspired by the realization that it’s okay to not know the ending to the story of my life, and that I’m fine to still be messy.

“And that none of this makes me any less of a complex and strong person.

“I usually begin writing my songs with the first line,” she continues. “This one was ‘still think I’m messy and I’m intimate / with only myself to fit inside my home,’ and (it’s about) how I know who I am more than anyone else does. The term ‘Summer Haze’ sounds sweet and pleasant initially, but it paints a picture of how we sometimes ignore our feelings and get stuck in the haze of everyday life. The storm represents the harsh reality of experiencing hard times to come out the other side stronger.

“I hope this song shows you can overcome the hardest parts of your life, and that it’s better to face the storm than it is to stay in the haze.

“And that it’s okay to be ‘unfinished’ as long as you remember how capable you are.”

The song reflects the larger imprint of Identity, she adds. “The EP is about finding yourself and knowing that that’s a constant journey. There’s a narrative that developed in these four songs, even though it wasn’t intentional when I was initially writing each song individually. I could spend literal hours talking about the lyrics…”

With features on CBC, velours has also been selected for a SaskMusic Songwriting Challenge, a semi-finalist for the Unsigned Only Music Competition, and has performed at the TSAR Showcase, as well as in Yorkton as part of the International Women’s Day concert, and the SaskMusic Open House Livestream.

“Having my music and creativity recognized with these Saskatchewan Music Award nominations is such an honour, especially alongside such talented Saskatchewan artists I admire,” she shares. “I really wouldn’t be here, celebrating with chocolate and Netflix, without the support of my family and from the music community here in this province. Countless wonderful people from SaskMusic have guided me towards understanding my career and future more clearly and, without all these beautiful people who take time out of their busy lives to aid emerging artists like myself, I know I would be a few steps behind.

“Starting out as a little girl singing along to CDs in the car with my mom, or making up songs in the grocery store, it’s a gift to have reached the artistic level I’m at to be nominated! Little me would’ve lost her mind if she had known what would already have happened by 21 years old.

“My mom is my favourite person; her constant support of me continuing to do what I love has given me the strength to put myself and my music out into the world. Growing up, my mom and I didn’t have a lot so, without my grandparents and their help, I wouldn’t have been able to take voice lessons. When I called my grandparents to tell them the news, my grandma and I just cried on the phone.

“Being in this place with two nominations in my first official year in the industry is a freak-out period in my life, for sure! I couldn’t be more stunned and deliriously happy, and I can’t wait to show what’s next.”

The Saskatchewan Music Awards honour notable excellence and celebrate the achievements of Saskatchewan artists; the ceremony is set to stream virtually this January 24th, 2021.