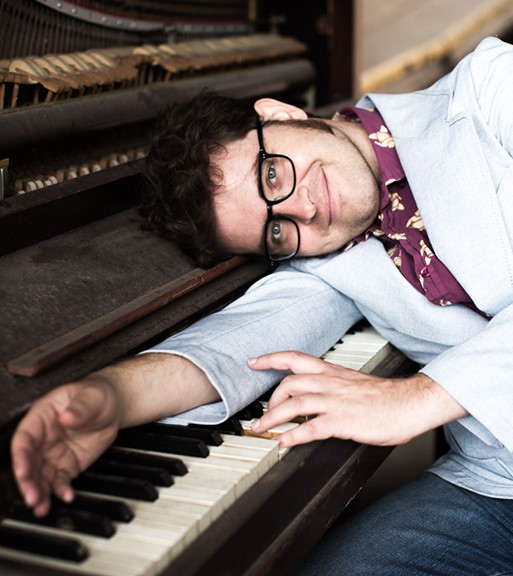 “I Won’t Put Up With It” is the newest single from folk pop singer-songwriter, Taylor Abrahamse. This infectious single is widely available on streaming services, with a dance-in-your-seat music video now on YouTube.

“I’m fascinated with pushing the boundaries for what’s possible in a catchy pop song” says Abrahamse. “‘I Won’t Put Up With It’ was bedtracked in Nashville with top session musicians… A Michael Jackson-inspired slice of 80s funk with a modern protest message, it twists and turns through key changes and a complex arrangement.”

“I Won’t Put Up With It” was mixed and produced by Eddie Kramer (Jimi Hendrix, Led Zeppelin), with additional production by Taylor Abrahamse and Fred Mollin. Kramer discovered Abrahamse playing an impromptu song at the Canadian Music Week conference, and insisted on working with him on a full album.

“Taylor Abrahamse is truly one of Canada’s most original and outstanding artists I have worked with in some time,” Kramer shares. “His sense of melody, lyrics, and song structure — along with amazing skill as a performer — will soon be revealed to the general public.”