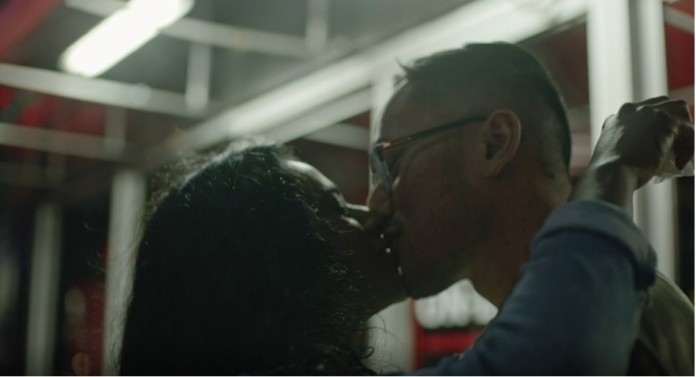 Canada is built on a foundation of diversity, inclusion, and acceptance. We celebrate our cultural mosaic, yet rarely see it come to life in brand advertising. That’s all about to change, thanks to a bold, trend-setting new effort from Kruger Products, maker of best-selling brands including Cashmere and Purex Bathroom Tissue, Scotties Facial Tissue and SpongeTowels Paper Towels, which has produced a remarkable advancement in multicultural marketing. The new creative, produced in three languages in collaboration with film director Bobby Singh Brown and musicians Qurram ‘Q’ Hussain, Hindi/Urdu; Moulann, Mandarin; and Mr. Will Wong, Cantonese, features original music, captivating lyrics and culturally relevant visuals designed to strike an evocative chord with Canada’s South Asian and Chinese communities.

Kruger Products broke its first-ever Unapologetically Human Masterbrand campaign under the direction of its new Chief Marketing Officer, Susan Irving, in Fall 2020. The raw, messy, and unexpected creative is a strong departure from the category’s typically clean, white, mess-free imagery. The English language spot, directed by award-winning Canadian storyteller Mark Zibert for Broken Heart Love Affair, is set to the track, ‘Human’, by British recording artist Rag ‘n Bone Man, and features real Canadians dealing with real messes: crying, bleeding, spilling, eating, using the toilet, and all. It became an instant hit with consumers from coast-to-coast, and a natural next step was to extend the narrative to Canada’s large South Asian and Chinese communities.

“We strongly believe in the power of multicultural marketing, and the importance of reimagining our communications to establish relevancy, cultural meaning, and authentic storytelling,” says Susan Irving. “We wanted Unapologetically Human’s multicultural adaptation to be equally, if not more compelling for its target audiences. That’s why we chose not to cut a single corner, and reimagined three new spots with original music and singers in three languages, and a complete re-edit of our footage under the direction of our talented production team at Ethnicity Matters,” she says.

“Inclusive marketing is table stakes in Canada these days,” says Bobby Sahni, partner and co-founder, Ethnicity Matters, which has partnered with Kruger Products on multicultural marketing for more than five years. “Our guiding principle is to be ‘in-culture’, not just ‘in-language’, because multicultural content must be compelling and true to lived experiences to resonate emotionally with its intended audience. This takes careful strategic planning, deep understanding, and the patience to identify and engage the perfect creators,” he says.

For the multicultural creative reimaging, Ethnicity Matters partnered with Desert Tent Music, a music production house co-founded by Bobby Singh Brown, an award-winning Toronto-based producer, director and screenwriter; and musician Qurram ‘Q’ Hussain, who also sang the Hindi/Urdu version.  Q is the lead vocalist, songwriter, and the brains behind Montreal-based band, JoSH – a South Asian fusion group that performs in Hinglish, with four award-winning albums, and a massive following in Pakistan. Q has created hit remixes with global music icons including Priyanka Chopra, Pitbull, and Canada’s own Nelly Furtado. Q brought lyrical finesse, beats and top-quality production to the Hindi/Urdu reimagination of Unapologetically Human, with an entirely new score and lyrics that translate loosely to ‘Never Give Up, Keep Going,’ in English.

“Engaging and empowering cultural communities makes every Canadian feel seen, understood, and connected,” says Q. “It takes thoughtful, intuitive leadership to build these authentic relationships, and Kruger Products’ ethnic Masterbrand creative pays testament to this value. The ad we created is a moving, unique tribute to Canada’s South Asian communities and our ability to stay strong,” he adds.

To round up the talent roster, Desert Tent Music recruited two other top Canadian multicultural artists who are adored within their communities, but little known in English and French Canada:

Mr. Will Wong, an award-winning entertainment blogger based in Toronto, adapted Q’s music and lyrics into Cantonese. His resume includes extensive competitive singing, albums in both English and Chinese and international performances. Moulann, a songwriter, vocalist, and producer of Chinese and Japanese heritage, began her musical studies at the age of four, shortly after moving to Toronto from Taiwan, and performs the ad’s Mandarin track.

“Never Give Up, Keep Going!, and its inspiration, Unapologetically Human, are labours of love that connect us with our Chinese and South Asian consumers and talented multicultural creatives,” says Susan Irving. “Connecting with these Canadians is the most rewarding part of developing our communications, and we look forward to continuing to do so,” she adds.

Thoughtful filming, careful content selection and thorough editing were essential to deliver successful final products. As the creative was shot amid the pandemic, Kruger partnered with real families – as that was what protocols would allow. Diverse casting by Kruger ensured strong representation in the full suite of Unapologetically Human ad spots, and Desert Tent Music’s creative vision brought culturally relevant visuals to the forefront of the Hindi/Urdu, Mandarin and Cantonese spots.

Kruger Products’ Never Give Up, Keep Going! ads in Hindi/Urdu, Mandarin and Cantonese aired throughout December 2020 and will continue through January 2021 in the Toronto and Vancouver markets, on culturally relevant broadcast and digital channels. The creative can be seen and shared at the following links: Hindi/Urdu, Mandarin, Cantonese, English, French.