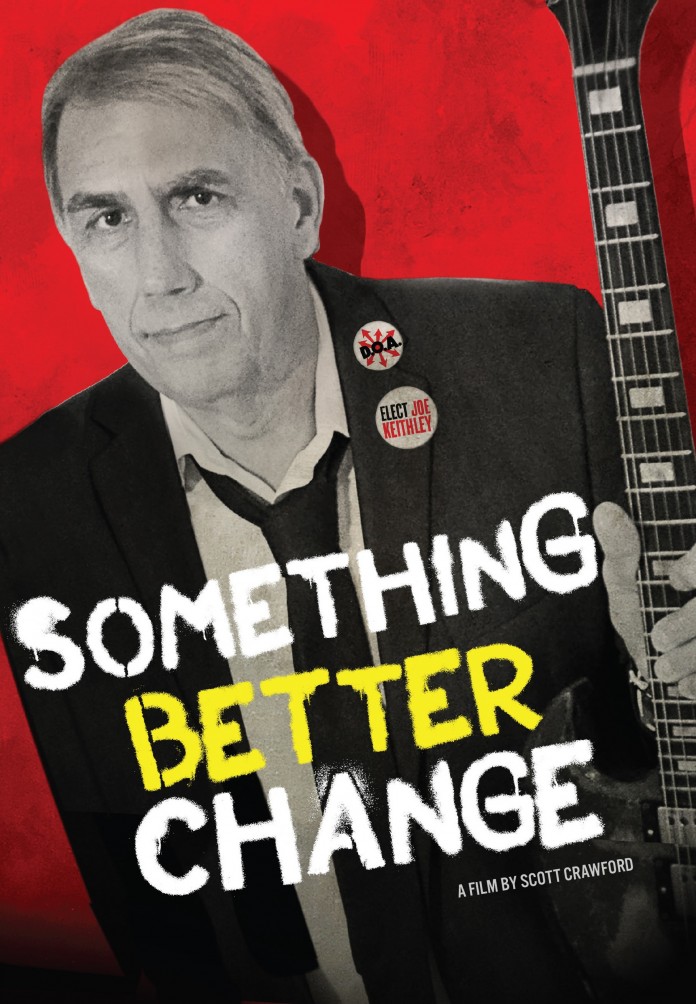 Throughout the 1980s, defining hardcore punk band D.O.A. helped solidify and pave the way for the explosion of politically active punk artists in modern culture alongside other legends such as Black Flag, Circle Jerks, Dead Kennedys, and Minor Threat. After decades of fighting against oppression, homelessness, and corporate greed via D.O.A.’s music and in his own personal life, in 2018 frontman Joey “Shithead” Keithley, ran for city council in his native hometown of Burnaby, B.C. With only a $7000 campaign budget on a Green Party ticket, he won, while also helping to unseat the former five-term mayor Derek Corrigan who once famously said, “I would never bend over to give a homeless person a dime because he might steal my watch.”

However, will Keithley’s message and DIY approach to campaigning resonate with voters in the upcoming Burnaby election of 2022? And how do the ethics and activism of music translate into political action? Win or lose, Something Better Change will document every step of Keithley’s campaigning for a second term as well as explore how music often serves as an introduction to social issues that inspire people to get involved and foster dynamic change.

As Keithley recently told Rolling Stone: “When Scott Crawford approached me about making a documentary, it wasn’t long before I saw that we shared the same vision, we both wanted tell the same story – that punk rock activism can take on any bullshit thrown our way and create results that really make a difference in our communities. When I started playing in D.O.A., I realized pretty quickly that the band was a great way to get people to listen to ideas and help to make this world a better place. Much like the band’s motto states: TALK minus ACTION = 0. I’m really getting a chance to see those positive changes in real time now that I’m an elected official.”

While punk rock’s upper echelon may no longer be as culturally seditious as they once were, the genre’s effect on a new generation of activists and aspiring politicians has never been clearer. “Not only have I been a longtime fan of D.O.A.,” director Scott Crawford states, “but Joe Keithley’s ‘David versus Goliath’ story of affecting change from within the political ecosystem is one that I think will resonate with audiences — especially given our current political climate. This is a film that will explore how music and activism continue to interlink, with music often serving as an introduction to social issues that inspire people to get involved and foster dynamic change.”

About the Filmmaker: Scott Crawford has been a documentary filmmaker for the last 10 years. His debut film was Salad Days: A Decade of Punk in Washington, DC and his second effort was the immensely popular CREEM: America’s Only Rock’n’Roll Magazine. Both films received critical acclaim and won multiple film festival awards across the globe.