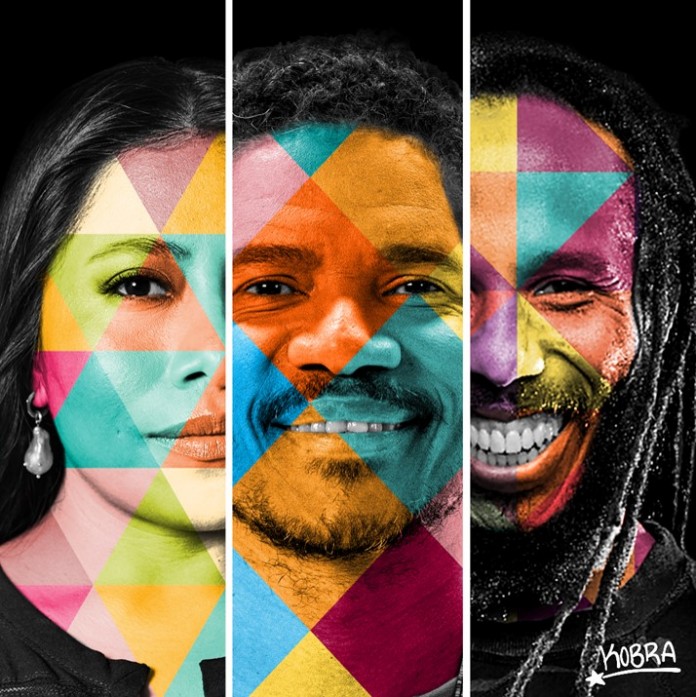 Kicking off the year with a powerful song and crying out for a better 2021, Brazilian band Natiruts invited one of the world’s greatest names in Reggae, Ziggy Marley, and Oscar-nominated Mexican actress Yalitza Aparicio to collaborate in “América Vibra.” More than a Reggae anthem, the song is a manifesto that calls on the peoples of the Americas to unite, demanding a world with more justice and love. At a time when duality and walls – both physical and structural – set us apart, “América Vibra” makes an urgent request for the bridging of barriers.

The song released on Wednesday 20th January, a symbolic day that marked an important change for the world, and the single radiates a desire for a more egalitarian continent.

Composed by Alexandre Carlo and Ziggy Marley, and performed in Portuguese, English and Spanish, “América Vibra” is backed by an award-winning team: Felipe Tichauer, with 26 nominations for the Latin Grammy and the Grammy under his belt, is in charge of mastering; and mixing is handled by 10-time Grammy nominee Tony Maserati, one of the most successful sound engineers in the world, who has worked with artists such as Beyoncé, Ariana Grande, and Adam Lambert, among others. The song also features exclusive cover art by Kobra, one of the most renowned muralists of our day, with works in five different continents.

Directed by Rick Brombal, the music video is an exciting profusion of iconic images from the Americas (Brazil, Mexico, and the U.S.), encircled by nature, as in a kind of oasis, free from the hostile environment that surrounds them. In unison, Natiruts, Ziggy Marley, and Yalitza Aparício make an appeal for the union of peoples.

Natiruts lead singer Alexandre Carlo spoke about the context that led the band to vibrate for a fairer America: “There are invisible walls in society, created mainly by human relationships and experiences in the past that still affect our daily lives. In the case of Brazil, and especially the Americas, the main relationship that gives rise to these invisible walls is the colonization process, which favored some and greatly disfavored others.” He emphasizes the meaningful role of music in this process: “Music is a very important tool, because it changes the vibration frequency, people’s energy, it leads the hopeless to believe in their own potential. In this sense, music becomes quite important to tear down these invisible walls, and that is what our song proposes, and we hope that it can captivate the hearts and minds of many people, not only in Brazil, not only in the Americas, but in the entire world.”

“The importance of ‘América Vibra’ is to show that music has no boundaries and it’s a way to send messages of peace, just as unity makes us stronger in the face of adversity. When there’s respect among people, you can witness a real transformation,” actress Yalitza Aparicio explained. “I was thrilled when Sony invited me to participate, because I’ve always been a fan of reggae, I never believed that Ziggy and Natiruts could choose me to collaborate with them. I accepted immediately, albeit with fear, as being a part of this industry makes us targets to all kinds of criticism. I try to focus on the purpose of each project, because, as you know, I’ve always accepted the challenges that come to me, especially when they’re accompanied by such a strong and hopeful message,” she concluded.

In the future, the song will be part of the worldwide release of Natiruts new original project, which will be available on all digital platforms by early April. A well-established band that’s been around for more than 25 years, Natiruts’ compositions have the ability to speak of hope and positivity without falling into the trap of detachment.