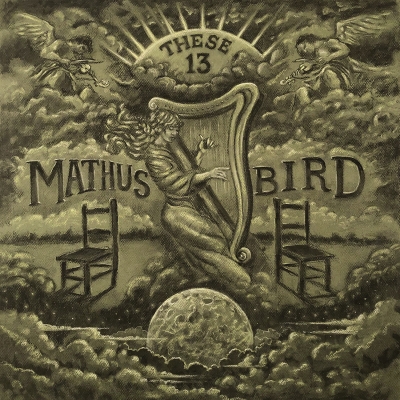 Today, for the first time in decades, Jimbo Mathus and Andrew Bird have come together to announce a brand new album. Out March 5th on Thirty Tigers, These 13 is about the special type of human connection that can survive any distance of time or geography. As former collaborators in Squirrel Nut Zippers, Mathus and Bird’s friendship dates back 25 years, but at the turn of the century their career paths diverged. Both became highly accomplished, acclaimed and prolific solo artists, and though they remained close friends, they did not return to musical collaboration until 2018, when they started exchanging the fragments that grew into this set of 13 songs.

Jimbo Mathus and Andrew Bird co-wrote all of These 13, sharing voice memos, finishing each other’s musical thoughts. Across the album they reveal themselves to one another again, and the conversation that unfolds is personal and profound. Produced by Mike Viola, the first half of the album was recorded in early 2019, and the second half was finished in early 2020. Every song was recorded live to analog tape, with Mathus and Bird singing and playing on opposite sides of a lone RCA 44 microphone.