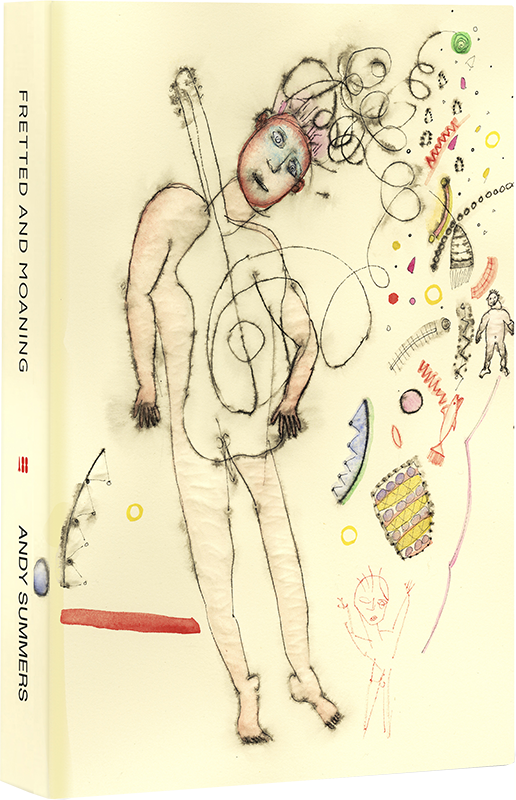 Musician, composer, photographer, guitarist and… author. Andy Summers has written short stories ever since he became a member of The Police, and they are as smart, witty and unexpected as his music and photography. For the first time they will be available in two special hardback editions, one of which will be signed and include a limited art print of an Andy Summers photograph.

Andy’s 45 stories in Fretted & Moaning reveal a cast of characters drawn from the world of music, chief among them guitarists. Every tale has at its heart music or a guitar and a person whose ambition, hopes, dreams, loves, hates, failures and successes are revealed in uncanny, funny, and never expected ways.