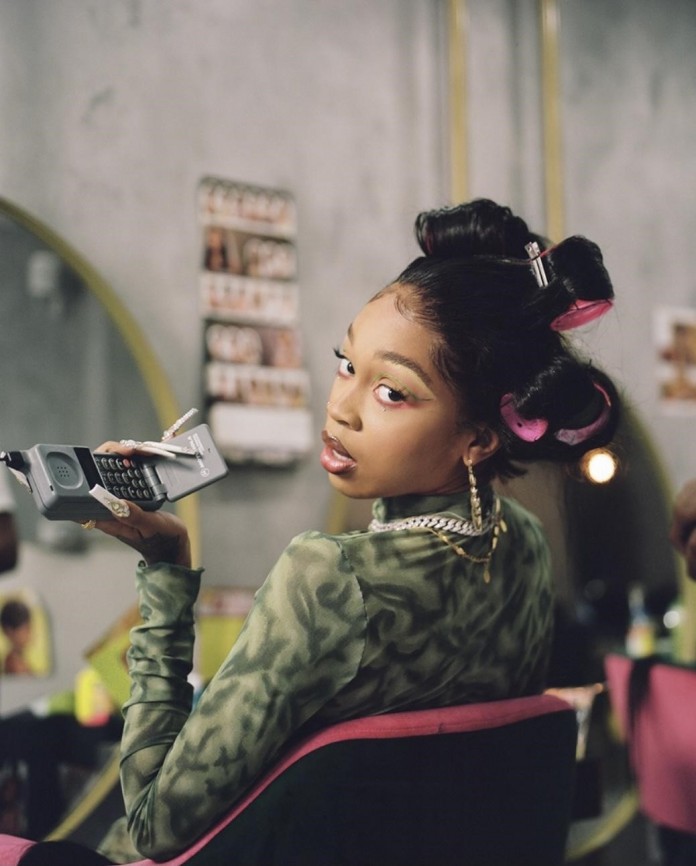 Emerging as a global force of nature, 21-year-old Toronto-born singer and songwriter Ebhoni shares a simmering and striking new single entitled “X-Ting” today. This time around, she fuses an island bounce with a bop-worthy hook as she delivers as a lusty ode to an ex with charisma, confidence, and Caribbean vibes.

Just last month, she returned with “Hit This.” In addition to a plug from Pitchfork, HotNewHipHop wrote, “Ebhoni has been one artist to keep an eye out for in the 6ix,” and The Root described it best by claiming, “The song makes you feel like you’ve been sipping on a fancy cocktail for the last few hours.” It’s no wonder FLAUNT crowned her “Our favorite new R&B artist.”

Right now, she’s channeling all of these bad gyal vibes into her debut EP—coming this year.

Over the last few years, Ebhoni’s string of animated, confident R&B singles has won both commercial and critical success. In the middle of a productive 2019 run, Pitchfork wrote that she is “reclaiming the Toronto R&B crown for women.” Throughout her career, Ebhoni’s made a point to partner specifically with Black-owned businesses, support other women artists and workers, and to uplift the local LGBTQ+ community, which she’s done through efforts like hosting Pride Toronto. Ebhoni is a must-follow.