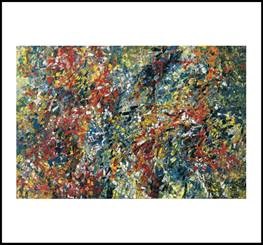 This is the first time since 2013 an album has been certified Platinum in Canada solely based on a physical format.

Harmonium symphonique – Histoires sans paroles brings together the complete works of Harmonium, adapted and directed by Simon Leclerc and performed by the Orchestre symphonique de Montréal (OSM). Totaling more than 140 minutes of music, the album is co-produced by Serge Fiori and Simon Leclerc, under the artistic direction of Nicolas Lemieux, president of GSI Musique.

“Our team at GSI is thrilled by this achievement.  While the music industry is experiencing unprecedented upheaval, we have embarked upon an audacious gamble to establish a strategy based on technological innovations and to distribute this magnificent album without any intermediaries, in a completely autonomous procedure that offered impressive results. I would like to thank the public who have a unique relationship with the works of Harmonium and Serge Fiori.  Thank you also to the OSM and to the conductor and arranger Simon Leclerc, who took part in this exceptional musical adventure,” says Nicolas Lemieux, President of GSI Musique.

“The OSM is proud of this recognition which highlights the undeniable success of the unprecedented encounter between the timeless and poetic work of the Harmonium and the rich universe of the Orchestra. Since its foundation, the OSM is committed to make classical music more widely accessible. Thank you to our loyal public for being there and to all those who contributed to the achievement of this unique project!” says Madeleine Careau, Chief Executive Officer of the OSM

The album is available exclusively at www.harmoniumsymphonic.com, in a digital version, a double CD box set and a limited deluxe edition containing four 180 gram vinyl LPs.