Music plays a major role in everyone’s life, especially when it comes to teens and young adults that are consistently wearing headphones. Students are listening to music literally all the time, even while studying. They use it as a tool to increase learning motivation, switch the feelings, isolate themselves or for many other reasons. Some students believe that it helps them to boost brain power and increase concentration.

At the same time, there are people who think just the opposite. Hence, the question is “How music affects learning?” Today, many scientists are trying to find out whether it influences different cognitive skills such as thinking, reading, remembering, and so on. Psychologists and educators hope that their findings will make the education process more efficient.

If you want to know more about the relation between music and cognitive skills, then keep reading the article! Below you will find a lot of interesting facts about the impact of music on writing skills.

Before we dig deeper and figure out whether music can help us develop writing skills, let’s analyze the association between music and language. According to psychology experts, writing is a part of language, so they both must be considered.

The study conducted by Jentschke revealed that music and language activate similar patterns in the brain. This finding was supported by another research by Hoch, Poulin-Charronmat, and Tillmann who discovered that language and music share the same  neural processing in the  brain. What’s more, the neuroimaging evidence received by Patel points that Broka’s and Wernicke’s brain areas that are responsible mainly for language processing also take part in music processing.

Interestingly, there is not only anatomical overlap between music and language processing but also another mechanism linking these two. It’s called ‘transfer effect’ and it means that enhanced processing in one cognitive domain can boost another domain’s ability. In our case, music training can improve language skills. There is a lot of evidence supporting this statement. For example, Trainor and Hannon have argued in their review that music training correlates with the verbal memory and speech, while Schellenberg and Weiss have proved that it develops language abilities. As you see, music and language are not two separate components, they are related to each other. 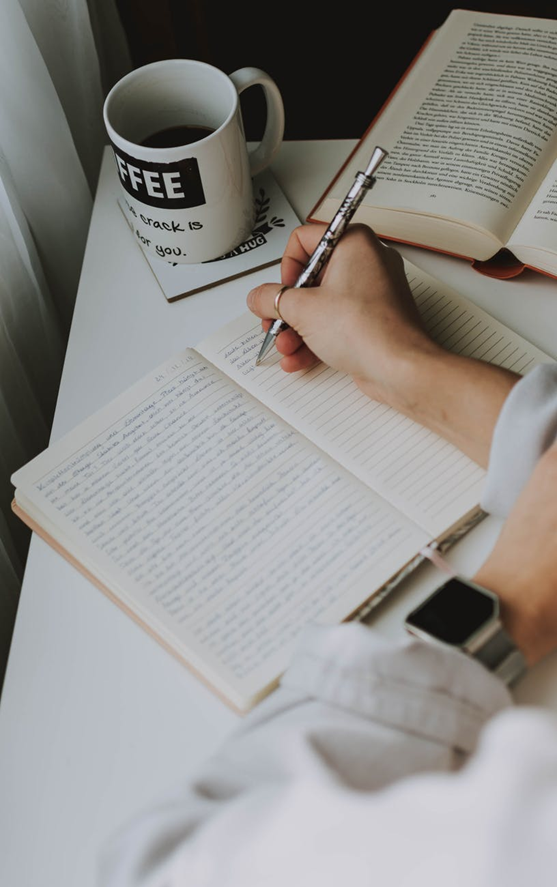 According to the research conducted by Ransdell and Gilroy in 2001, people with musical background demonstrated better writing quality than those who didn’t undergo musical training before. Later, Gibson, Folley and Park found that musicians are generally more creative than individuals that weren’t musically trained. A recent study has revealed that music significantly influences creative writing. Kelley Pugh found that it evokes deep emotions which boost imagination.

One more study has also demonstrated that there is a link between music and writing. It turned out that faster paced melodies make students lose focus so their writing becomes unclear and contains a lot of errors. What’s more, pop and rap slow the writing process down, while classical and old-school music speed it up. Also, when listening to ‘older genres’ students made fewer mistakes compared to other types of music. Hence, it’s important to choose the right genre to be more efficient and develop writing skills.

Students often feel discouraged by the amount of homework they are given at school or college. Therefore, they seek support from different sources. Some of them turn to instructors or ask peers for help, while others type ‘write a research paper for me, Studyclerk‘ in Google hoping that this essay service will do everything for them. Taking into account all the facts described above, listening to music could be very helpful for writing academic assignments. Whether you were asked to complete an essay or a research paper, you can do it better if you turn on a melody that boosts creativity and enhances the thinking process. 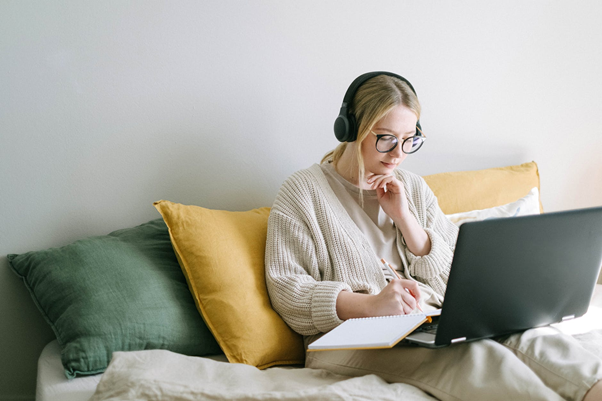 The latest findings on the association between music and writing skills can be applied in different domains. For example, people engaged in projects involving creative writing, like scriptwriters or novel writers, could use music to enhance the quality of their work.

Beginning writers could also benefit from music as it may serve as a source of inspiration and creativity. While having the right melody on, it gets possible to make the most out of brainstorming, the most valuable stage of writing. In general, music can be used anywhere in the writing field as it helps listeners develop imagination and reduce the number of errors.

Joshua Robinson is a researcher and academic writer. He works at an online platform designed to assist students in completing their assignments. Joshua’s main goal is to support young people studying at college, so they can achieve higher academic results.