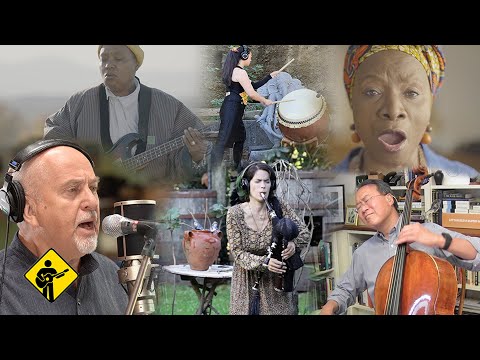 Playing For Change is proud to announce the release of its latest Song Around The World, “Biko,” a remake of the 1980 classic by English rock and roll hall of fame musician Peter Gabriel. The song and video, produced by Sebastian Robertson and Mark Johnson, features Peter Gabriel joined by Beninese vocalist and activist Angélique Kidjo, , bass legend Meshell Ndegeocello and more than 25 musicians from seven countries including South Africa, India, Spain and the USA.

Contributions from partners and all donations from Peace Through Music and “Biko” Song Around The World will support the Playing For Change Foundation, the United Nations Population Fund, the United Nations and its Remember Slavery Programme, Sankofa, the Bob Marley Foundation, Silkroad, and The Rock & Roll Hall of Fame Foundation—organizations and programs that strive to eradicate poverty, inequality, and systemic racial and gender discrimination around the world.

“This song is as relevant today as the day it was written and inspires our need for racial and social justice,” says Mark Johnson, Playing For Change co-founder and producer. “Once we all join together as a planet, there’s nothing we can’t overcome.”