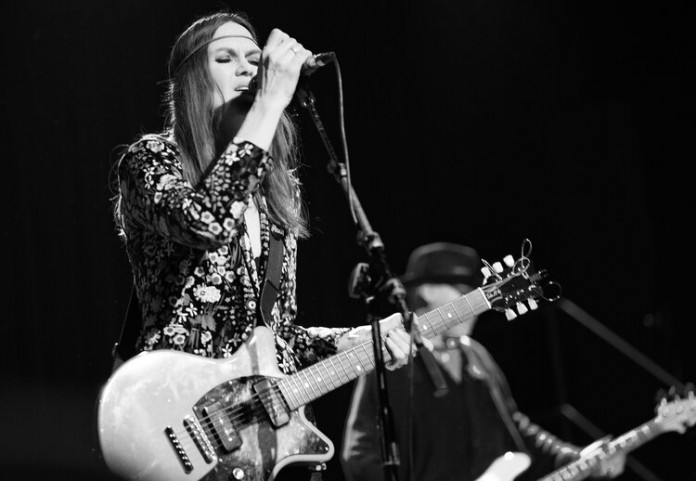 Her 19th solo studio album takes a deep dive into the dark side with a lens on modern human psychology and behaviour. “I think these songs are a reaction to how seriously and negatively a lot of people have been affected by the past four years,” says Juliana. “But it’s fun, musically. There’s a lot of playing around. I didn’t really have a plan when I started this project.”

With the pandemic limiting studio safety and availability, Juliana took the opportunity to learn to record at her Massachusetts home with recent collaborator Jed Davis assisting from Connecticut. “Usually I work in a studio,” explains Juliana. “I did more than half the work in my room—with Jed helping me to troubleshoot the technology, and helping with building and arranging some of the songs–and then I finished up with additional overdubs and mixing with engineer James Bridges at Q Division Studios in Somerville, MA.”

The first single, “Mouthful of Blood”, released today (1/28) is gritty and abrasive yet groovy and melodic. That duality is represented throughout Blood. It is eminently hummable and thought-provoking. Sophisticated but catchy. Challenging but danceable.

“I always love coming up with melodies and then trying to fit words into them—it’s like doing a puzzle,” says Juliana. “And I always find places to use the Mellotron flutes and strings, on every album, because those sounds are so beautiful to me. They are a nice counterpoint to the damaged lyrical content.”