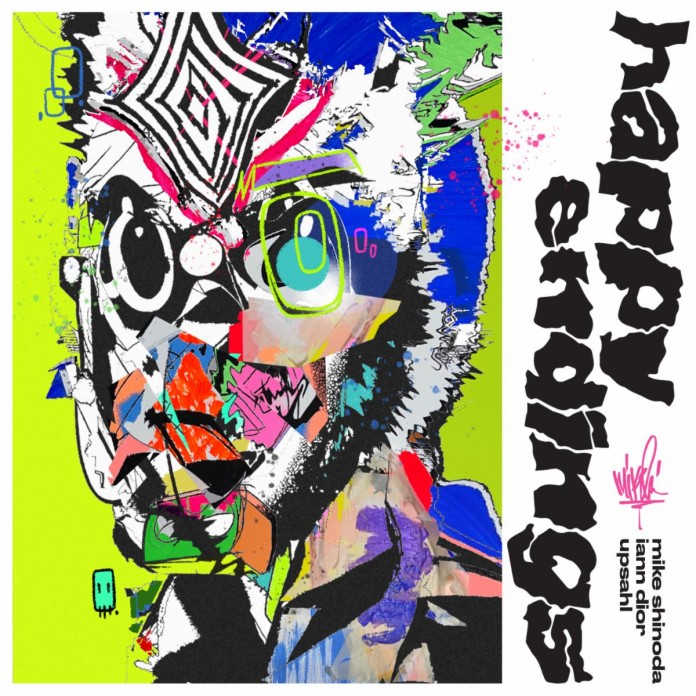 Bouncing with frenetic energy, this upbeat anthem manages a pitch-perfect story of frustration with the start of 2021. Shinoda once again challenges sonic boundaries, inviting iann dior and UPSAHL to join him at a nexus between alternative, hip-hop, and pop in an intimate and inimitable collaboration. “Happy Endings” culminates on the powerful, provocative, and pensive refrain, “Still at least in my mind, I’m feeling like I’m the hero that saves me.”

Shinoda paved the way for “Happy Endings” earlier this week via social media, Twitch, and cryptocurrency authorities. Teasing out its impending arrival in groundbreaking fashion, he becomes the first major label artist to launch a single via NFT auction. The 75-second clip immediately piqued interest among fans and tastemakers; the final top 10 bidders will each receive an original print of the single artwork signed by Shinoda and contemporary artist Cain Caser. Proceeds from the auction will benefit ArtCenter College of Design. Coin Telegraph and Musicxtechxfuture discussed Shinoda’s embrace of NFTs. He’ll be the featured interview on The Needle Drop’s Twitch channel at 10am PT this morning with Anthony Fantano.

Shinoda has spent the better part of the past year creating brand new music with fans and teaching production live each morning on Twitch, and, in recent weeks, producing tracks by fans—a dream come true for the artists, mostly found on social media. Both Spin and Forbes chronicled his “Dropped Frames” series; Alt Press described it as “unlike anything he’s ever done” and mxdwn added, “The album is unique and definitely stands on its own.”