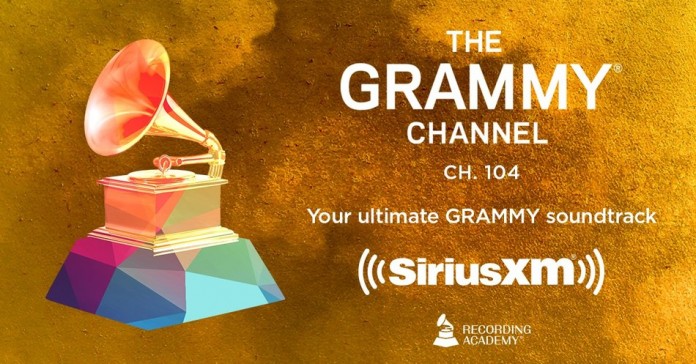 SiriusXM and the Recording Academy join forces to celebrate the 63rd Annual GRAMMY Awards with the launch of The GRAMMY Channel.

The limited-edition channel will begin March 2 at 12 p.m. ET and run through March 14 on channel 104.  For all information on The GRAMMY Channel please visit:   https://www.siriusxm.com/GRAMMY

SiriusXM’s The GRAMMY Channel is available to listeners nationwide on SiriusXM radios, on the SiriusXM app and at home with Amazon Alexa, the Google Assistant or however they stream in their house.  Streaming access is included for most subscribers. Go to www.siriusxm.com/ways-to-listen to learn more.

About The Recording Academy

The Recording Academy represents the voices of performers, songwriters, producers, engineers, and all music professionals. Dedicated to ensuring the recording arts remain a thriving part of our shared cultural heritage, the Academy honors music’s history while investing in its future through the GRAMMY Museum, advocates on behalf of music creators, supports music people in times of need through MusiCares, and celebrates artistic excellence through the GRAMMY Awards — music’s only peer-recognized accolade and highest achievement. As the world’s leading society of music professionals, we work year-round to foster a more inspiring world for creators.