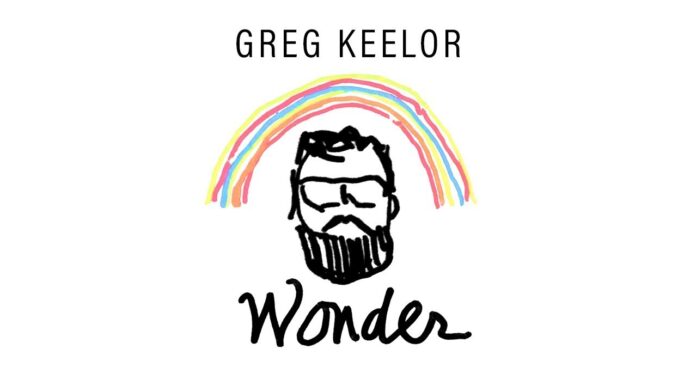 Greg Keelor – the revered musician and songwriter and co-founding member of the iconic Blue Rodeo – has announced that his sixth solo album, “Share the Love,” will be released on April 16.

“Share the Love” is preceded today by the release of the first single “Wonder” (LISTEN HERE). The official music video for “Wonder” has also been released today.

Music fans spent 2020 mourning the loss of live music. We listened to old live albums. We watched our favourite musicians struggle with devices while feigning excitement for an isolated gig in their living room. A few of us went to drive-in concerts. It was certainly not a year in which Greg Keelor imagined he’d be making a new album – an album he would record live off the floor.

Keelor had a solo album, Share the Love, finished in early 2020. It was mastered and ready to manufacture, and he was scheduled to meet his record company for a marketing meeting when the world shut down. For months he laid low, like everyone else. Finally, he figured: fuck it. Everyone else is still releasing records, and it’s not like this is a Marvel movie. So he assembled a band, booked a community centre near his Kawartha farm, had everyone tested beforehand, and spent two days playing the new material live—physically distant, in a semi-circle, no headphones—while shooting a promotional film and rolling tape. It felt good—really good, in fact.

Then a funny thing happened. Listening back to the audio mixes, Keelor thought it was far superior to the finished studio record. There was a magic here. No surprise: for Keelor and likely everyone else, this was the longest period in their life when they’d gone without playing music with others. Everyone had been pent up. With only two rehearsals, they brought the material to life in ways Keelor couldn’t have imagined. Harmonious, in every way.

He soon made the decision: this should be the album. Leave the studio version on the shelf. Share the Love was reborn.

What might’ve been a morose acoustic album instead blossomed into an electric rock record with delicate acoustic textures and a psychedelic tinge. It spans many moods, and its success has as much—if not more—to do with the musicians in the room than the songwriter and bandleader. “It’s unified in a way a lot of my records may not have been—or if they were unified, it was only by gloom,” laughs Keelor. “I’ve made lots of records in a studio situation, and I’m happy with what ends up being finished. But there’s something about a group of people who for two days just sit and play music, concentrated on these songs, and just feeling the love. It’s magical. You can feel their presence, the currents running between the musicians. It’s a tangible feeling, a visceral thing.” That’s a rare thing for any album made in this decade, never mind one made during a pandemic.

Keelor considers the whole experience a gift: songs borne in darkness that, through a circuitous route, were brought to the light and resulted in such a joyous experience. “There’s no better feeling for me than when a song is coming through me,” he says. “The energy that is the furnace of it, the sorting out of the words of it, the yoga of singing and breathing, the vibration of singing. Then that song acts like a beacon and it attracts people and brings them into your life: musicians, other artists. It’s an amazing thing. It’s just a vibration that connects to the thing that connects us all, that river of love. I’m always humbled that these songs come through me and I’ve been truly lucky enough to make a living from them.”