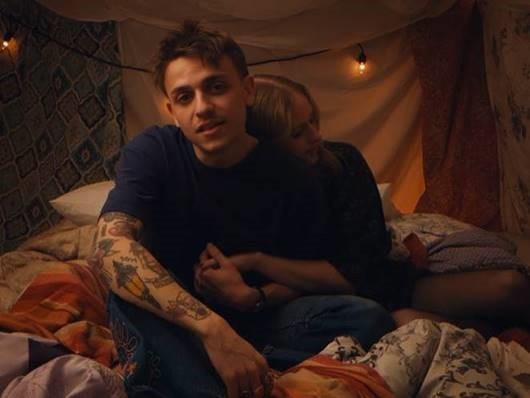 Scott Helman has shared the official video for the new “Good Problems” (Remix) by GRAMMY-winning producer Miles Walker. To create the heartfelt video, Scott enlisted his girlfriend, Katya Cybulsky, and longtime collaborator Ben Knechtel – who also directed the “Wait No More” video, which just earned Scott his sixth JUNO Award nomination for “Music Video of the Year.” The original version of “Good Problems” was released last year on Scott’s acclaimed album Nonsuch Park (sa) and he is currently working on the highly-anticipated second installment.

Says Scott: “It was so cathartic to write about these traumas, and once the remix came together, it was even MORE cathartic to hear them in the context of a BOP. This video came together really quickly. Ben sent me some ideas and I instantly let him take the driver’s seat. I loved where his head was at – me and Kat just being in love, discovering this landscape of sheets. Ultimately the video relied on me and Kat just being as much in the moment as possible. I’m so glad I took a back seat for this video and just focused on our connection because that’s ultimately what the song is about, and what the video deserves.”

Scott Helman has quickly established himself as one of Canada’s leading singer-songwriters. Since the release of his breakthrough 2016 EP Augusta, the six-time JUNO Award nominee has dominated the Canadian music scene with 2017 debut full-length Hôtel de Ville and 2018 EP Hang Ups, earning two platinum and three gold certifications to date, plus collaborations with Alessia Cara and Hunter Hayes, as well as tours with the likes of Tegan and Sara, Shawn Mendes, Vance Joy, Walk Off The Earth and Dean Lewis. Scott was most recently selected as a panelist on CBC’s Canada Reads, following the release of his sophomore album Nonsuch Park (sa), which featured explosive lead single “Wait No More,” the #1 most added song at Canadian radio upon its release last year.