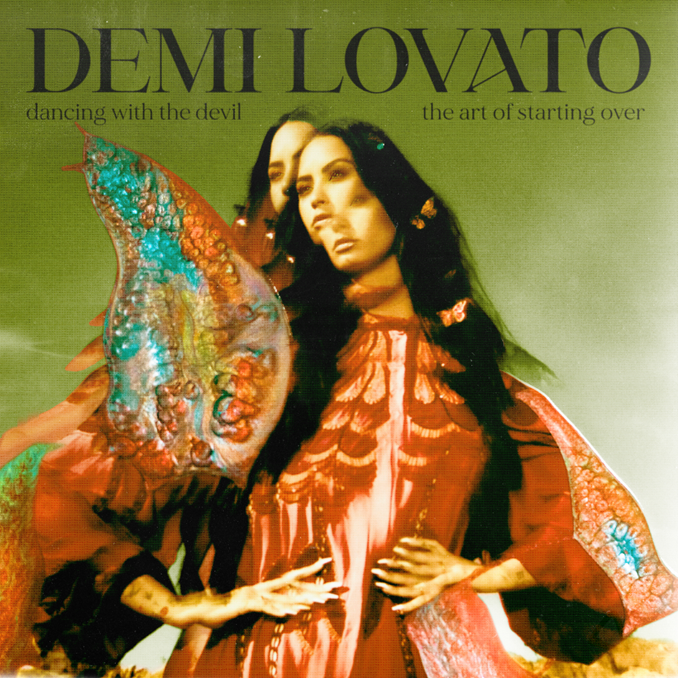 GRAMMY-nominated global superstar Demi Lovato announced that her new album, Dancing with the Devil…The Art of Starting Over, will be released on Friday, April 2, 2021.

The hotly anticipated album will be a companion piece to her upcoming four-part documentary series, Demi Lovato: Dancing with the Devil, which premieres on YouTube on Tuesday, March 23 and concludes on Tuesday, April 6.

The documentary and album will see Demi for the first time sharing the story of her near fatal overdose in 2018 and give a glimpse into her life today and her path to healing. The deeply personal album is executive produced by Lovato and her manager, Scooter Braun.

The cover artwork for the new album was shot by Dana Trippe in Joshua Tree, CA.

One of the world’s most successful music artists today, GRAMMY-nominated singer Demi Lovato first broke out in 2008 with the Disney Channel film Camp Rock and its sequel Camp Rock 2: The Final Jam in 2010. Also in 2008, she released her debut studio album Don’t Forget. What followed was what continues to be a hit musical career, with top selling and acclaimed hit records and world tours. She also continues to be one of the biggest names on social media with an engaged combined following of over 209 million.

On the music front, Lovato went on to release five more albums with her most recent being 2017’s Tell Me You Love Me. With this release also came the single “Sorry Not Sorry”, which garnered over 195 million streams and climbed to #1 on the viral charts. Other past releases include albums Confident in 2015 and 2013’s DEMI, which hit #1 on iTunes in over 50 countries around the world, as well as singles “Cool for the Summer”, “Heart Attack”, “Neon Lights” and “Really Don’t Care”.

Lovato kicked off 2021 with a performance in the Presidential Inauguration Committee’s “Celebrating America” special following President Biden’s inauguration. This follows notable 2020 performances with the debut of her powerhouse ballad “Anyone” during a stripped-down performance at the GRAMMY Awards and she also performed the National Anthem at Super Bowl LIV. Lovato’s return to the stage was followed by the release of her empowering new single and video “I Love Me”, as well as collaborations with fellow global superstar Sam Smith on “I’m Ready” and dance music star Marshmello on the timely “OK Not To Be OK”. Most recently she released “What Other People Say” with Sam Fischer. Lovato will be premiering her powerful four-part documentary series from YouTube Originals and director Michael D. Ratner entitled Demi Lovato: Dancing with the Devil at SXSW, where it will open the 2021 festival.