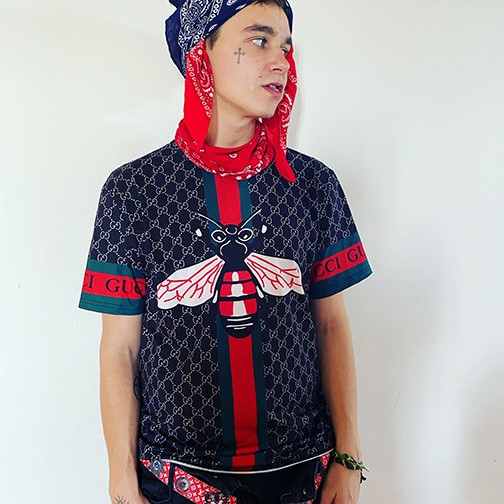 Canadian hip hop artist Fre$h Daddy B wrangles grief and the fragility of life in this, his newest single “ICE.” It’s the premiere offering from this year’s freshly pressed four-track EP, Freezer — and they’re both available now.

“This track was made to share the true story of my friend who struggled, and then succumbed, to addiction with methamphetamine,” B shares. “Each track on Freezer holds a raw message: hustle, love, struggle, and peace — in that order.

“It’s time we have something that allows us to be more than the problems we face.”

Originally from Botwood, a rural Newfoundland town with a population less than 3,000, Fre$h Daddy B (né Brandon) initially made waves on the scene with his official full-length debut, Evergreen. In his three years on the scene, additional releases include Fresh LXL Mixtape, the nine-track LP, Dope Mixtape, a double-single, Project Hope — plus another fistful of singles — and now Freezer.

The new EP — and “ICE” specifically — speak to Fre$h Daddy B’s deeply personal life experiences as powerful inspiration for lyrics, it was Evergreen that set the standard.

“With every project we drop, there’s a new level of self to discover and a new piece of world to learn about,” he considers. “I spoke about this on that first album, but from an early age, I was labelled as a ‘problem child…

“Turns out, it only further motivated me to establish my career.

“Growing up with a single mother, I spent my early years caring for my younger brother, Chance,” he continues. “We would spend all our time plotting ways to make it out of there, together — it was hell. I never considered ourselves poor even though, looking back, my mom was coming home from bartending to count nickels and dimes, hoping we had milk and cereal for the next day. Guys would use her for a place to stay, and bring drama and drugs with them; this was the start to a long term of childhood abuse.”

The line in “ICE” that says ‘still praying in these street lights’ speaks specifically to the dynamic artist’s quiet and reflective moments of introspect. “Late nights walking home, I’d see a small church with a statue of Mary and a fountain…” he shares. “This quickly became a place of solace amidst it all.”

Because of such, it was important to incorporate familiar areas when it came to the video for “ICE,” he says. “Filming our messages across Newfoundland has always been part of the dream; there’s so much more than what meets the eye.

“Our community was going crazy when we were filming this; we had people pulling up on set, popping out to see what was on the go. Even though we had picked one of the coldest days that week to film, and make sure we had the right aesthetic, they all stuck around to watch.”

When his most recent tour across Canada arrived at an abrupt halt — (“due to some crazy events,” he shares. “Seriously: listen to Dope Mixtape and “Lil Bit’ for the full story!”) — Fre$h Daddy B diligently refocused his energy back to songwriting. “I’m sinking my time into creating more art,” he shares. “The progress on this journey is truly what’s making it awesome. It’s awesome being in a position where I can do this. Life’s good this way.”