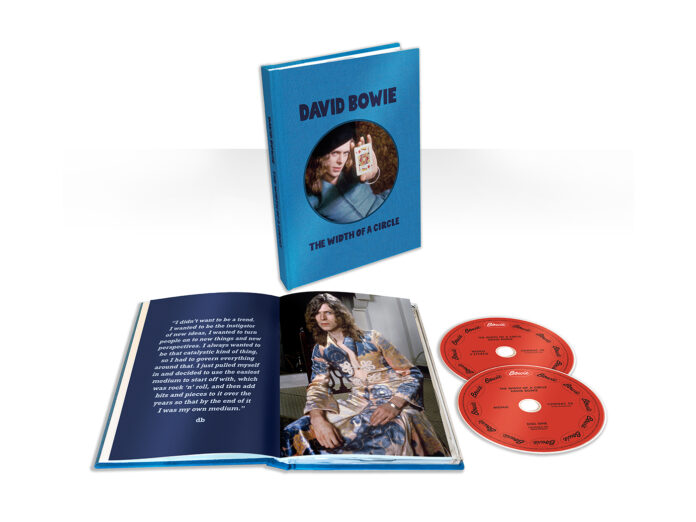 This week sees the 50th anniversary of the original U.K. release of The Man Who Sold The World David Bowie’s landmark entry into the 1970s. The album not only began the collaboration with guitarist Mick Ronson that would continue with such Bowie classics as Hunky Dory, Ziggy Stardust and Aladdin Sane,  it kicked off a 10-year run of indispensable albums stretching through 1980’s Scary Monsters.

The 2020 re-release of The Man Who Sold The World restored the album’s intended title Metrobolist, while featuring a new mix by original producer Tony Visconti. Taking its name from the album’s opening track, which was named after a painting by Bowie’s friend George Underwood, the new two-CD set The Width Of A Circle acts as a complementary piece to that album. Its 21 tracks feature non-album singles, a BBC In Concert l session, music for a TV play and further Visconti remixes wrapping up David’s recordings from 1970 and revealing the first sonic steps toward Hunky Dory.

Also released on 28th May is a picture disc version of The Man Who Sold The World album featuring the striking black and white imagery of the 1972 reissue.

DAVID BOWIE – THE WIDTH OF A CIRCLE

Performed by David Bowie and The Tony Visconti Trio (a.k.a. The Hype)

The Prettiest Star (Alternative Mix)
Single mix released on 6th March, 1970 on Mercury Records MF 1135. This is the unreleased alternative mix created for promotion in the US market.

London Bye, Ta-Ta*
Originally recorded and rejected as the follow up single to ‘Space Oddity’. This mono mix was finally released on the Sound & Vision box set in 1989.

London Bye, Ta-Ta (1970 Stereo Mix)*
This stereo mix of the above remained unreleased until the reformatted reissue of the Sound & Vision box set in 2003, replacing the mono mix.

The re-recorded electric version of the closing track from the David Bowie (aka Space Oddity) album released as a single on Mercury Records 6052 026 on 26th June, 1970.

Holy Holy*
This non-album single A side, backed by the album version of ‘Black Country Rock’ from The Man Who Sold The World album, was released on Mercury Records 6052 049 on 15th January, 1971.

Available only from the official David Bowie store.