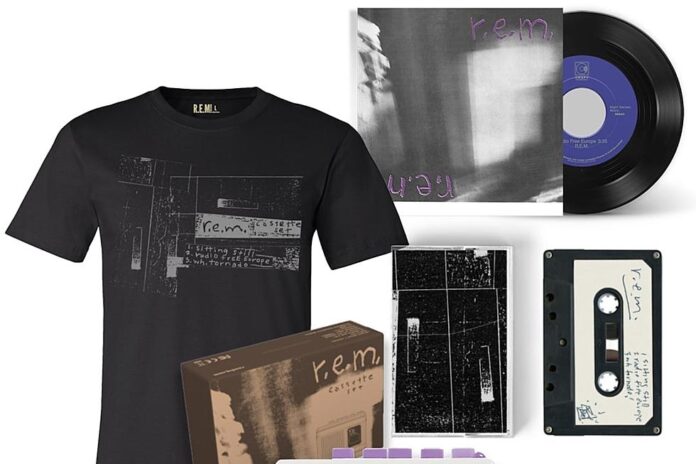 R.E.M will reissue a reproduction of really limited – like, just 1,500 copies – of their 1981 demo tape, titled Cassette Set, in cassette format on July 23.

Previously unavailable for 40 years in any format, this limited-edition pressing represents the first ever re-release of R.E.M.’s debut 1981 single “Radio Free Europe” The 7” features the original Hib-Tone mix of “Radio Free Europe” as well as “Sitting Still” on the B-side, offering some of the band’s earliest recordings.

The package is presented in its original format: as a 45 RPM single housed in replica jacket. In a homage to the band’s hometown, the single was pressed in Athens, GA at Kindercore Vinyl. Go here to get one before they’re gone.