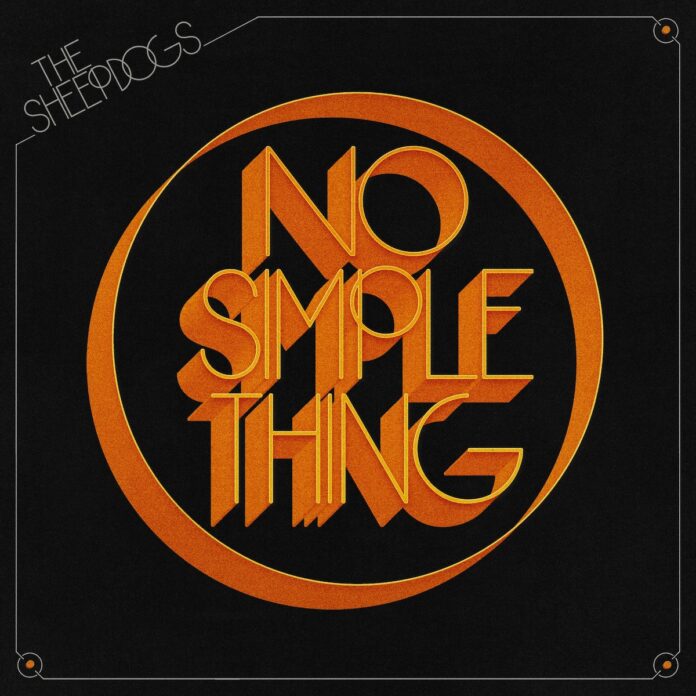 Canada’s favorite band of rugged rockers, The Sheepdogs have released their new EP No Simple Thing, their first new music since 2018’s Changing Colours. Recorded in Montreal in the studio built by Mahogany Rush’s Frank Marino, the legendary Mixart Studios, in late summer 2020. The band laid down all tracks for the EP live in the sprawling studio with old-school monitors on mammoth 2” analog tape under the watchful eye of producer and frontman Ewan Currie. The hotly anticipated new EP was heralded by the glammy single “Keep on Loving You,” and immediately rocketed up the Canadian radio charts upon release.

Of recording the new music Ewan says, “This is the longest we’ve gone without writing, performing and recording together since we started the band 17 years ago. We’ve never really taken a break or long pauses so it was very foreign to us and was amazing when we could finally get together and make something together. It was really important to us that we did it in a studio that allowed us to all play together and really have that energy in the room, similar to when we play live. That’s why Mixart was such a great studio, and I think our excitement and energy really shows through on these songs.”

To celebrate the release of No Simple Thing The Sheepdogs are joining fans today for a live Zoom event. The event will feature a live Q&A with the group, an attempt to break the world record for most beers shotgunned at once along with a few special surprises. Festivities kick off at 8:00 PM EDT tonight, with free tickets available here.

Keeping with the love of vinyl that previously earned the group the title of Record Store Day’s Ambassador of Canada, the group are releasing a coloured vinyl version of the album exclusive to select local independent record retailers. This exclusive printing also includes a limited-edition screen-printed alternative cover. Ask for the album at your local independent record store today.

Hailing from Saskatoon, The Sheepdogs are one of Canada’s most successful bands amassing a legion of fans worldwide with their rich harmonies, rounded guitar tones and classic rock influenced sound. All told, the band have scored nine Top 20’s, with six of those Top 5’s and three single taking the #1 spot on Canadian Rock radio including, “Hole Where My Heart Should Be” from their 2018 studio LP Changing Colours. Hit singles “I Don’t Know” and “Feeling Good” both reached Platinum certification, with “The Way It Is” achieving Gold sales. Additionally, the albums Learn & Burn and The Sheepdogs both achieved Platinum status and to date the band has been nominated for 10 JUNO awards, winning four of the coveted trophies including Breakthrough Group (2012) and Rock Album of the Year. The Sheepdogs have notably received Rock Album of the Year nominations for all four of their last studio albums. The band were the first to be selected as the Record Store Day Canada Ambassadors in 2018 and have sold out shows from coast to coast and around the world.