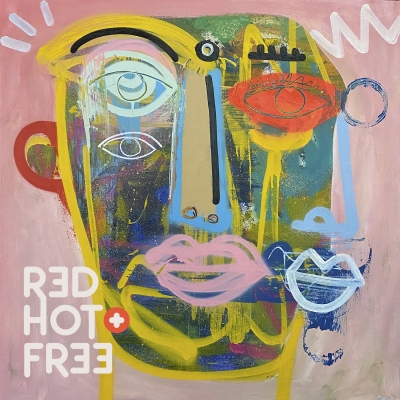 Today, the Red Hot organization announces Red Hot + Free, a liberating mixtape of dance beats, electro grooves and global anthems meant to feed souls, lift spirits and unleash minds from an unprecedented state of lockdown. Out July 2 and helmed by influential producer-provocateur Bill Coleman, Red Hot + Free is the trailblazing non-profit’s first brand new, full-length compilation since 2016’s Grateful Dead tribute, Day of The Dead, ushering the next era of their 30-year history fighting HIV/AIDS through music and pop culture. Like all of Red Hot’s previous projects – which span 20 LPs, 500+ collaborations and over $15 million donated to charities around the world – Red Hot + Free will benefit marginalized communities affected by the disease, as Red Hot continues to set the precedent for artistic activism not only in the wake of HIV/AIDS, but now COVID-19. Serving as a loose sequel to 1992’s Red Hot + Dance, where George Michael, Madonna, Seal and more united in a mission to support club kids battling AIDS, Red Hot + Free once again captures the spirit of the times, and delivers a star-studded, PRIDE and Independence Day-ready playlist for a post-pandemic world.

Bill Coleman says: “When Red Hot + Blue came out in 1990, the project and subsequent releases were forward thinking in concept, inclusion and marketing, uniting a wide variety of visual and musical talent to raise awareness. The subject of AIDS and discussing any queer sexuality in popular culture was a provocative stance in 1990. I feel honored to be a part of such a rich legacy. Weaving two things I love so much – music – with direct, in your face presence and activism. To be able to finish a project purposely called Red Hot + Free and include such a powerful tune as ‘U Try Livin” during a time when the stark reality of our own mortality has really hit home was kind of a big deal. The irony was not lost on me.”

Both Peace Bisquit and Red Hot celebrated their 30th Anniversary in 2020. Ever since Red Hot + Blue presented the mainstream’s “first sensible, shame-free pop culture response to HIV/AIDS” (Esquire), Red Hot has remained home to “the only ongoing, major album series to benefit the fight against the disease” (The Guardian). Learn more about the organization in recent stories on PBS NewsHour and Amanpour, plus a special message of thanks from Dr. Anthony Fauci.

“Red Hot is the only company in the world that wanted to go out of business,” says Co-Founder John Carlin. “30 years later, we’re still here. I’m glad about that, but sad that HIV/AIDS awareness, humanitarian and LGBTQ+ rights still need to be fought for.”