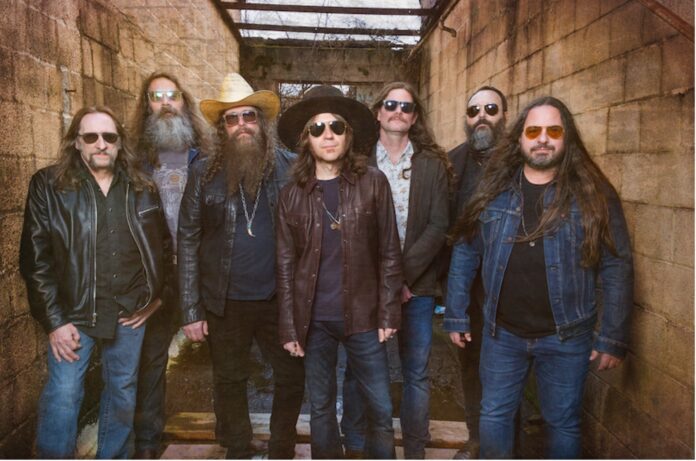 Of the tour, lead singer Charlie Starr shares, “We can’t wait to come out and play our new songs from You Hear Georgia LIVE! We are long overdue to get out to these great places and see some friends, family, brothers and sisters that we have really missed. It’s going to be extra special playing these big rock n roll shows again!”

The “You Hear Georgia Tour” will follow the band’s “Spirit of the South Tour: A Celebration of Southern Rock N’ Roll,” which kicks off next month with special guests The Allman Betts Band, The Wild Feathers and founding member of The Allman Brothers Band, Jaimoe. Created to honor the various influences within Southern music, each show will conclude with a unique collaborative finale including Blackberry Smoke, The Allman Betts Band, The Wild Feathers and Jaimoe as well as additional surprise guests. The Allman Brothers Band Museum At The Big House will also have a new mobile set up on-site at each show, featuring never-before-seen archival items including original hand-written lyrics, family photographs, iconic clothing and jewelry, one-of-a-kind instruments played by the band and more. Jaimoe will also be available for meet and greet opportunities at each stop.

You Hear Georgia follows the release of 2018’s Find A Light, which debuted as the best-selling Country and Americana/Folk album in the country, entered at #3 on the Billboard Top Country Albums chart and #2 on the Billboard Americana/Folk Albums chart. Released to critical acclaim, NPR Music praised, “pushes the envelope while providing that famous Blackberry Smoke autonomy, delivered with soulful vocals, haunting harmonies and kick ass songs,” while Guitar World declared, “one of the hottest and most exciting acts around,” and Rolling Stone hailed, “part of a lineage that shares a love of Petty, the Allman Brothers Band, Lynyrd Skynyrd and Hank Williams Jr., able to ride an Americana vibe or peel off a stomping riff and tie it all together without a hint of pretense.” Following Find A Light, the band shared three additional projects—a live album and concert film, Homecoming: Live In Atlanta, which debuted at #1 on Billboard’s Americana/Folk Album Sales chart, a 6-song acoustic EP, The Southern Ground Sessions and Live From Capricorn Sound Studios, an EP of six covers that have ties to the studio.

Since forming in 2001, the band has continued to tour relentlessly, building a strong and loyal community of fans. Their music has also been prominently featured in the hit television show, “Yellowstone” and they’ve performed on NBC’s “Last Call with Carson Daly.” In addition to their work as musicians, Blackberry Smoke remains committed to charitable work and has raised nearly $500,000 benefiting children’s cancer research.