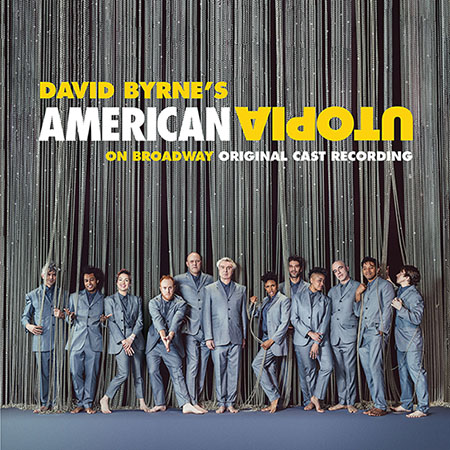 Directed by Oscar and Emmy award-winning director Spike Lee and produced by 40 Acres and a Mule Filmworks, Todomundo, and RadicalMedia, the one-of-a-kind, dynamic special gives moviegoing audiences nationwide access to Byrne’s electrifying Broadway show that played to sold-out, record-breaking audiences during its original 2019-2020 Broadway run and returns to Broadway beginning September 17, 2021 at the St. James Theatre. Joined by 11 musical artists from around the world, Academy, Grammy and Golden Globe Award-winning musician David Byrne (Talking Heads) performs songs from his 2018 album of the same name, songs from Talking Heads, and from his solo career.

“David Byrne’s American Utopia is an ecstatic and unifying celebration of music and community,” said Iconic CMO Steven Menkin. “Iconic Events Releasing is thrilled to bring American Utopia to movie theaters for the first time so that fans across the country can gather together to experience this must-see, must-hear musical theater event on the big screen.”

“American Utopia was initially released during an unprecedented moment in history, inspiring audiences to not just rejoice in music and dance but also participate as citizens in our democracy,” said David Linde, CEO of Participant. “Almost a year later and fresh off of a celebratory screening to close out the Cannes Film Festival, we’re so excited that audiences can come together for the first time and relive the magic of Spike, David, and the band in movie theaters.”

Tickets to see American Utopia are on sale now at local theater box offices and at americanutopiaintheaters.com

Tickets for American Utopia performances on Broadway, beginning September 17, 2021, are on sale now at www.americanutopiabroadway.com.