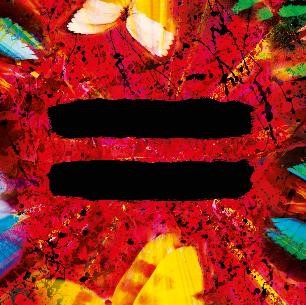 Ed Sheeran has announced details of his new album = (Equals), confirmed for release on October 29 (pre-order). To coincide with today’s album news, Ed has dropped his emotionally charged track Visiting Hours that’ll be included on the album alongside a performance video.

= – the fourth instalment in Sheeran’s symbol album series – is Ed’s most accomplished work yet; the evolution of an artist who continues to tread new ground. A body of tracks that were made over a four-year period following his seminal ÷ (Divide) album era, thematically, = finds Ed taking stock of his life and the people in it as he explores the varying degrees of love (The Joker And The Queen, First Times, 2step), loss (Visiting Hours), resilience (Can’t Stop The Rain) and fatherhood (Sandman, Leave Your Life), while also processing his reality and career (Tides). Sonically, = encapsulates Ed’s versatile musical palette, spanning signature, guitar-led tracks and world-class balladry to weightier, euphoric production moments, as first showcased on this summer’s emphatic comeback track, Bad Habits.

Embracing Ed’s own truths, = seamlessly captures both the intimate and every day; elevating universal experiences to a higher plane as reflected by Visiting Hours – a track that finds Ed coming to terms with the loss of his mentor and friend, Michael Gudinski, and written shortly after his passing: “I wish that heaven had visiting hours / So I can just swing by and ask your advice”.

Ed Sheeran commented – “= (Equals) is a really personal record and one that means a lot to me. My life changed greatly over the past few years – I got married, became a father, experienced loss, and I reflect on these topics over the course of the album. I see it as my coming-of-age record, and I can’t wait to share this next chapter with you.”