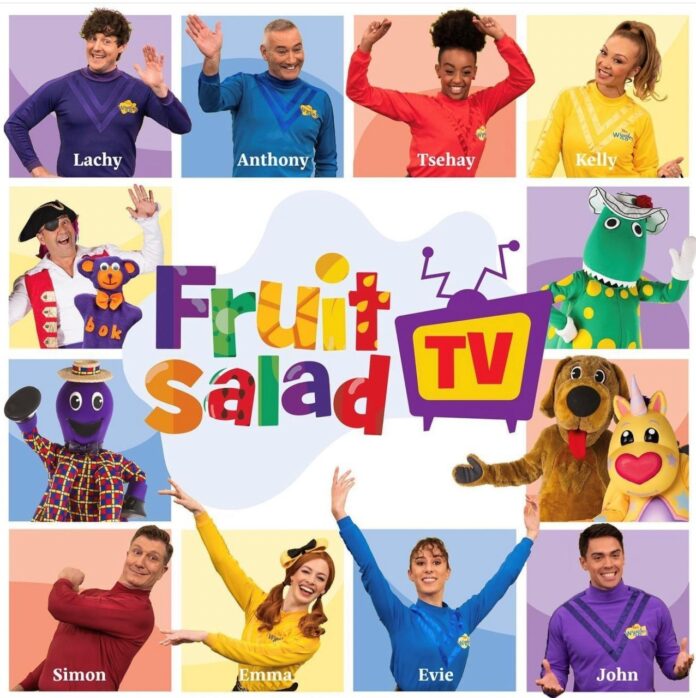 In an era where diversity and inclusiveness are so vital, The Wiggles have developed a new series dedicated to celebrating and embracing those concepts. Fruit Salad TV is set to premiere on September 4, exclusively on The Wiggles’ YouTube channel and will see the popular children’s group expand their line up to include eight Wiggles.

Fruit Salad TV will feature singing, dancing, storytelling and, of course, the catchiest music that immediately engages children to sing and play along. But Fruit Salad TV will also seamlessly integrate the concept of embracing diversity in multiple forms, including culture, race, age and gender. The introduction of the new Wiggles’ cast aims to better represent the diversity of the world in which we actually live, while Fruit Salad TV delivers content that will engage children of all cultures and make them feel recognized and special.

Joining the much-loved current Wiggles of Anthony, Emma, Lachy, and Simon are a diverse and talented group of dancers and singers from across Australia who each bring something special to the group.  Tsehay Hawkins is an award-winning dancer of Ethiopian descent; Taribelang woman Evie Ferris who is an extremely talented ballet dancer – only the second First Nations woman to have joined The Australian Ballet; John Pearce, of Filipino descent who is known as part of Australian music group Justice Crew; and Kelly Hamilton who is of Chinese/Australian background and was previously a dancer with The Wiggles as well as other children’s shows such as Sesame Street Live, Justine Clarke, and Dora The Explorer.

Fruit Salad TV was written by founding member Anthony Field AM who is an accredited expert in Early Childhood Education and has been awarded an Order of Australia in recognition of his service to the arts through children’s entertainment and the community through his charity work. Since Anthony began The Wiggles 30 years ago, the group has strived to entertain, educate and engage all children to promote a sense of understanding of the world around them and Fruit Salad TV is an important evolution for The Wiggles’ brand to reflect today’s pluralistic society.

“The Wiggles were created during a time when early childhood educational concepts were the focus,” said Anthony Field AM, Blue Wiggle. “As society has evolved, we have embraced the need for diversity and inclusiveness and want children all over the world to see themselves reflected on the screen. It’s so important that The Wiggles continue to evolve along with our society. This is the first step towards shaping The Wiggles for the next 30 years, taking us in a direction that truly represents and serves our community more inclusively.

“We are excited for the next chapter in The Wiggles’ history which will start with Fruit Salad TV and continue on with our other content and our live shows. We can’t wait to introduce our amazing new line up of incredibly talented performers to children around the world.”

The Wiggles are also expanding their characters in the Wiggle Town community. Joining the much-loved Captain Feathersword, Dorothy the Dinosaur, Wags the Dog and Henry the Octopus are three new non-binary characters:  Officer Beaples, a dancing police officer with a big smile and painted on moustache; Shirley Shawn the Unicorn who likes to eat apples and drive around Wiggle Town in a mini red car; and Bok the hand puppet, a timid character who displays emotions for children to empathise with.