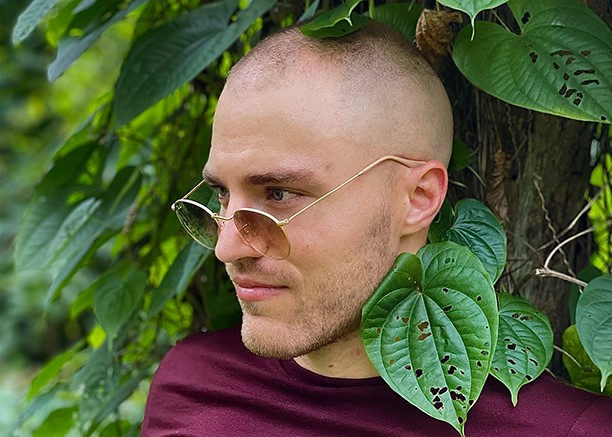 Seamlessly fusing dancehall with pop, multi-talented artist and Wyomissing, PA-based Ozzie Lovin gets “Lost In You” in a new single — available now.

Looking to take the pop genre back to the basics — love — Lovin’s unique blend of dancehall and late-pop elements is delectable start to finish. After realizing the allure music had, Ozzie Lovin found heaven in music production and, after honing his craft over the past four years, audiences are treated to this, a truly authentic listening experience; it’s his distinct and honest lyrical composition in “Lost In You” that really sells this song.

“As I personally watched the world around me crumble, I used music to escape a lot of what I was experiencing,” he shares. “I started writing and putting my words to beats I made, and could not believe how much it assisted the healing process.

“I decided to deliver the very simple, ageless message of love,” he continues. “In my music, I explore all sides and types of it — with the hope that it can somehow help myself and others make sense of it, and spread a little more of it — while shifting the trends in music to do more of the same.”

With this level of emotional investment in artistic creation, it creates a wholly immersive listening environment for Ozzie Lovin’s rapidly growing fanbase. Lovin uses this to his advantage, creating clever and occasionally humorous deliveries. “The entire song is a double entendre about being ‘lost’ in a person physically and emotionally,” he reveals.

While the song is a catchy dancehall pop-funk fusion, the true meaning isn’t lost on Ozzie Lovin. “My aim is to give pop music a whole new feel, and to bring forth the type of energy that was used in older music. I want to deliver it with a mix of new and classic sounds, and steer people’s behavior with a more positive direction.”

Even though Ozzie Lovin’s new single “Lost In You” comes off as a seamless production, it is the culmination of years of hard work in the making. “This is my favorite song I have made up until this point; I tried, like, 30 different vocal arrangements for the final chorus, and ended up landing on the one I liked by accident,” he says. “This is the song that has really solidified my sound. After experimenting with a bunch of different things, I feel like I really nailed what I was going for with this one.

“I’ve worked for years to build my sound, and am finally ready to start sharing it with the world.”

Through all of the hard work Ozzie Lovin has put into “Lost In You” he has found a great rhythm that may resonate with audience ears across the board. With the fusion of dancehall and pop elements — plus some sexy saxophone riffage for good measure — Lovin has created a captivating piece of art that strikes a chord with those who are looking for something a little less mainstream, and a little more “lovin.”

“Lost In You” is available now.