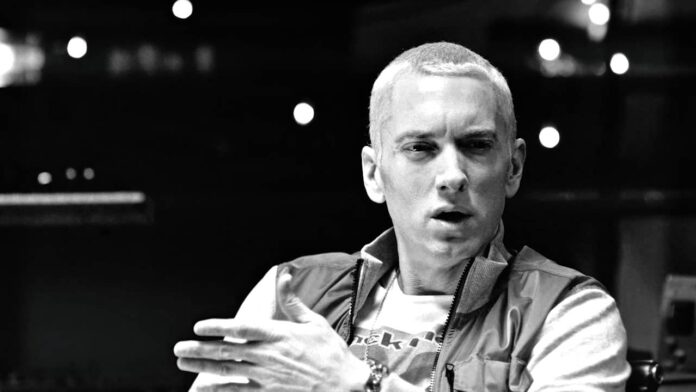 Eminem says that Lose Yourself was written on set, during breaks while filming 8 Mile. This official demo version of this song, titled “Lose Yourself (Demo Version)” with two different verses and a slightly different hook, was released on the album Shady XV November 24, 2014

…and the full story behind the song, becoming his first Billboard Hot 100 number-one single and remaining there for twelve consecutive weeks. It reached atop of the charts in nineteen other countries.