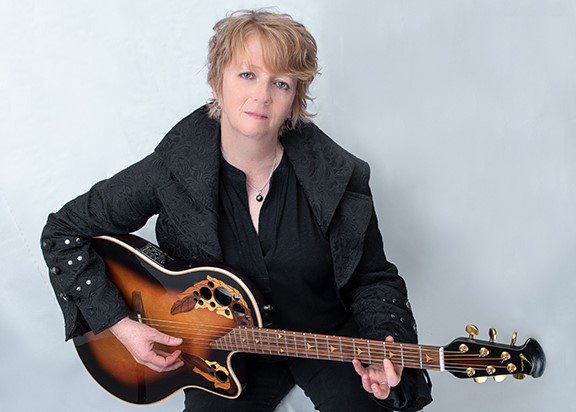 The indelible, but tenuous bond between the natural and human worlds is being tested like never before with unprecedented loss and change. And singer-songwriter Kele Fleming has distilled her grief over this, and relationships, into a musical merger of hope and healing in this, her new single, “Where the Rivers Meet” — available now.

The sixth single to be released from Kele (pronounced Kelly) Fleming’s fourth solo album, The Song I’ll Write For My Whole Life, “Where the Rivers Meet” is a touchstone for the multi-layered senses of grief and loss that thread their way through the album.

It was written while the nature-loving artist was spending time in the lush Kootenays area of southeastern B.C. in 2019, the Victoria, B.C.-based artist recalls. “I was in one of my favourite places on Earth, and surrounded by towering mountains, breathless forests, cool lakes and rushing rivers. The song captures my love of the natural world.

“And it’s a love song [about] wanting so badly to get another chance and to do right with the one you love.”

Whether it’s our relationships to each other, or the Earth, both are currently in peril for their own reasons. Watching the massive fires that have occurred over multiple summers in Canada, the U.S. and Australia and how they’ve had devastating, multi-level impact on nature, animals and humans spurred Fleming on to underline the fragile connection between these worlds in song.

“Our energy and spirits are impacted by the marginalization and destruction of nature,” states Fleming. “Everything is connected and we have experienced a loss of connection. The beauty we experience in the natural world is also reflected in us.”

Fleming released the song to bring attention to some of the most at-risk areas of our local environments.

“I feel it’s important to know more about these unique and key ecosystems,” explains Fleming.

“Where the Rivers Meet” also signifies the meeting of two creative and connected artists. Singer-Songwriter Aaron Trory, bass player in Fleming’s band, duets with her on the track.

“When I wrote the song, I knew Aaron’s voice was perfect for the duet and that he would bring a wonderful combination of grit and vulnerability to it,” she says, adding, “Aaron always says that when we sing this song together, he’s reminded of Gram Parsons and Emmy-Lou Harris. Pretty esteemed company!”

Finally, a little familial approval helped Fleming decide to highlight “Where The Rivers Meet” as a single release. “This is my Dad’s favourite song out of any I’ve written!”

“Where the Rivers Meet” is available now.