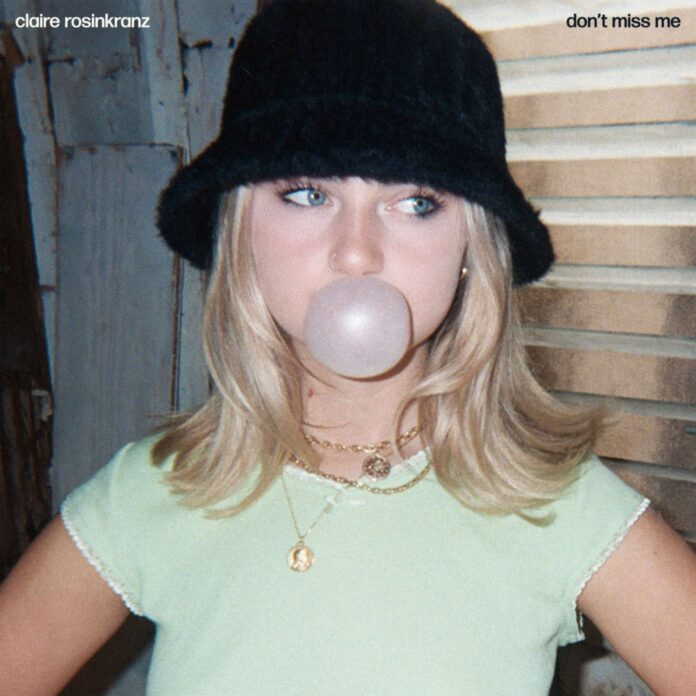 Once again, she gets in her feels over the bounce of an unpredictable and undeniable soundscape. Uplifted by boisterous horns and handclaps, a jazz-y rhythm underscores her energetic delivery as she admits, “I can’t take my feelings, I can’t trust my heart, so I’ll never take my chances, because I know I’ll break apart.”

In support of the release, Claire spoke with Zane Lowe, and is featured on the cover of New Music Daily on Apple Music. The song will also be featured on the soundtrack for the upcoming film, The Hating Game.

Additionally, Claire just wrapped her sold out North American headline tour, which included stops in major cities including Los Angeles, Chicago and New York. Breakout songstress Lyn Lapid joined her for the unforgettable run. The string of dates marks the first-ever tour for both buzzing artists. Next up, Claire will play at Axis Club in Toronto, ON on March 1st, 2022.

Get ready for more music from Claire as well! Claire continues to make headlines. She just snagged “Best Breakthrough Song” at the 2021 MTV Video Music Awards for her smash “Backyard Boy” as part of the first-ever Trending: VMA’s. Earlier this summer, she released her sophomore EP, 6 OF A BILLION, which offers an unfiltered Gen-Z coming-of-age experience onto quirky D.I.Y. soundscapes. Since its release, the EP has quickly amassed over 56 million global streams. Coup de Main recently raved, “She’s creating a world that’s exciting, vibrant, and encouraging you to have fun and enjoy yourself – just like she is.”

Claire Rosinkranz independently made her mark in 2020 with the self-release of her song “Backyard Boy.” The song exploded on TikTok and went on to become a breakout viral hit, eclipsing over half-a-billion total streams and receiving widespread acclaim courtesy of Rolling Stone, Variety, Coup de Main, Buzzfeed, Genius, and more. OnesToWatch championed her as one of its “Top Artists To Watch in 2021,” while New York Times and Billboard named her breakout anthem “Backyard Boy” among “The Best Songs of 2020.” The song inspired over 3 million TikTok videos and fueled the trailer for Amazon’s The Map of Tiny Perfect Things. To date, the official video has amassed 45 million views!

Her debut EP BeVerly Hills BoYfRiend quickly followed via her signing with slowplay/Republic and saw the promising artist collaborate with artists like Jeremy Zucker, Role Model, and Clinton Kane. She also earned the support of peers including Olivia Rodrigo, Tai Verdes, Lexi Jayde, and 347aidan.