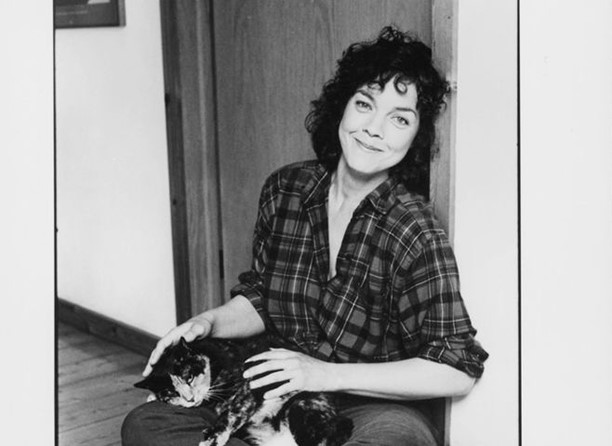 Legendary singer/songwriter Shirley Eikhard is on her way back to the top with her latest drop, On My Way To You, and its new single, “Anything Is Possible.”

The Canadian Songwriters Hall of Fame alumni is sharing her talents and vivacious songwriting on a brand new album, full of 12 future classics honing and spotlighting her sensational talent as a songbird and performer.

A career spanning more than 40 years, with accolades decorating her tenure in the music community, Eikhard experiments with modern sounds on this new album and plucks from her flair for the pop music that created her a staple in the songwriting scene. The writer behind the GRAMMY Award-winning “Let’s Give Them Something To Talk About” let’s the music take the lead; her robust signature vocals following in turn. Eikhard’s lead single, “Anything Is Possible” is an instant pop classic, featuring melodic synth and even finger snaps that tells the story of moving on, growing up, and calling on the human spirit to survive in the face of devastation.

Her tenacity in songwriting — having written more than 500 songs to date — encompasses not only Eikhard’s finely crafted talent at producing a bop that lasts the ages, but also her abilities as a multi-instrumentalist. A veteran musician, Eikhard boasts aptness on guitar, piano, bass, drums, percussion, chromatic harmonica, sax, dobro, banjo and mandolin. If the music calls for a new instrument, Eikhard challenges herself to learning to play it, perform it and produce it.

Beyond a limitless songwriting capacity, Eikhard impresses further still by performing the last of her nine releases in her own home studio. “I love a challenge,” Eikhard says.

On My Way To You leads a musical journey, through a soundscape of wonderment and excitement. While Eikhard reminds you “Anything Is Possible” on the opening track, she is unafraid to become vulnerable on songs like, “Good News”; both an inescapable prose of the grittier hardship of life and a desperate wish to change someone’s narrative. “Monsters In The Dark” is a poppy-jazz number, juxtaposed with dark lyrics, highlighting Eikhard’s unique capability of intertwining struggles with a catchy upbeat hook.

Shirley Eikhard shines song to song on an album that serves as a reminder this Canadian songstress continues to find stories to tell, and melodies to offer them by. On My Way To You is a catalog of continued songwriting at its finest; mirroring decades of being the top of her class. It’s true — Shirley Eikhard has managed to create yet another album of instant hits. Anything is truly possible.

Shirley Eikhard, originally from Sackville, New Brunswick, earned JUNO Awards in 1973 and 1974 for Best Country Female Artist, and has had numerous country and pop hits, including You’re My Weakness and Smilin’ Wine. Her songs have been recorded by Cher, Anne Murray, Chet Atkins, Ginette Reno, Alannah Myles, and Rita Coolidge.

Eikhard is coming off her induction into the Canadian Songwriters Hall of Fame for writing the blues-rock hit Something to Talk About in Nashville in the 1980s, and had put the song on the back burner; and one day, received a surprise phone message from the American blues singer and guitarist Bonnie Raitt, replaying a recording of Something to Talk About that Raitt had just finished after discovering the song on a demo tape that Eikhard had sent her years earlier.

“I got home and there was this thing on my machine. There was Bonnie…I was numb,” recalled Eikhard. It may have taken seven years in the making for Eikhard to find the right artist to sing her song; but when Bonnie Raitt left that fateful voicemail, the rest is music history.

Raitt’s recording of Eikhard’s composition proved a spectacular success. The single, off Raitt’s Luck of the Draw album, peaked on Billboard’s Hot 100 and Adult Contemporary charts at No. 5 in October 1991, and at No. 8 on Cashbox. It placed even higher in Canada, at No. 3 on the RPM Top 100 chart and No. 4 on Adult Contemporary, and made the Top 20 on RPM’s 1991 year-end chart.

Something to Talk About netted Raitt the industry’s coveted Grammy Award for Best Female Pop Vocal Performance, and drove the Luck of the Draw album to win the Best Solo Rock Vocal Performance, boosted by multi-platinum sales in North America. At home in Canada, Something to Talk About also earned Eikhard a JUNO nomination for Songwriter of the Year, and later SOCAN Classics and BMI Awards for its status as a radio favourite.

Which shows, when you’re Shirley Eikhard, “Anything Is Possible.”

“Anything Is Possible” and On My Way To You are available now.