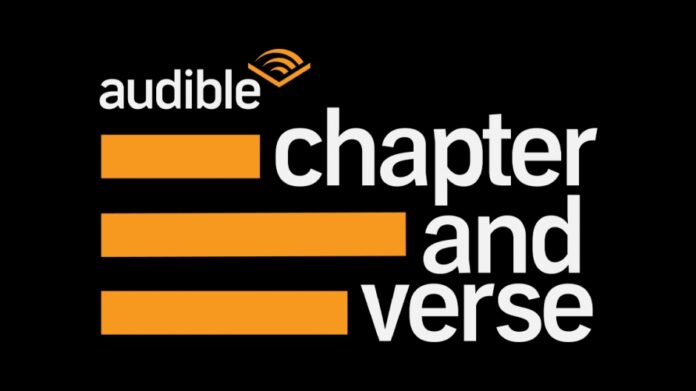 SiriusXM and Pandora have teamed up with Audible, the leading creator and provider of premium audio storytelling, to create Chapter and Verse, a new programming series that will blend conversations with some of the world’s top authors and the music and artists that inspire them.

Chapter and Verse will come to life as a monthly feature where a rotation of notable authors whose titles are available on Audible discuss music as an inspiring creative tool, while playing the songs that intersect with their work. This all-new series kicks off today, December 9, on Pandora, the SXM App and on SiriusXM’s Volume channel beginning at Noon ET.

At launch, listeners will hear directly from authors Nicholas Sparks, Wendy Walker, and Jonathan Maberry as they talk about their latest literary project and the unique, essential role that music plays in their work.  In the coming months, listeners will hear from authors such as James Patterson, Daymond John and more, as they gain insight into the author’s literary world and writing process through sound, featuring a hand-selected soundtrack of music that sparks their creativity.

On Pandora, the series will be featured as hosted playlists, where new authors’ playlists are expected to be added each month. On SiriusXM’s Volume, Chapter and Verse will join the channel’s line-up of talk programming dedicated to conversations about music.  Listeners can expect to sit back and hear great songs and storytelling about the integral role music can play in an author’s world.SiriusXM