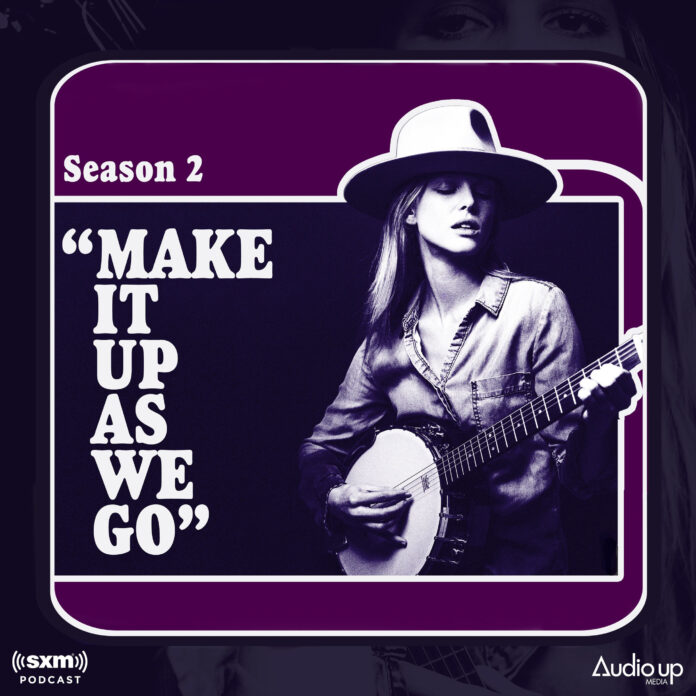 The two new scripted podcast series – season two of critically-acclaimed country-themed musical Make It Up As We Go and highly-anticipated new sci-fi/comedy musical series Sonic Leap – were co-produced by Audio Up and SiriusXM and will premiere on May 3 across SiriusXM audio entertainment platforms — including the SXM App, Pandora, and Stitcher — and other major podcast platforms in the U.S.

Sonic Leap is the completely made-up backstory of real-life rock act Hero the Band – four Atlanta-based fraternal brothers who get sent back to 1985 to “change their future and the future of music.” The series was created and co-written by Audio Up Founder and CEO Jared Gutstadt and features original music from Gutstadt, Jeff Peters, and Hero the Band. Actor Anthony Anderson (Black-ish, Law & Order) makes his podcast acting debut in this nostalgic scripted musical series. Rap star Trippie Redd co-stars and contributes music. The series will also unlock the debut album from the Atlanta-based band, to be released on Audio Up Records. The album’s first single, “Might Find Love,” recently premiered on SiriusXM’s Alt Nation (ch. 36) in its Advance Placement new music showcase and is currently in regular rotation. Watch the full trailer here.

Gutstadt will appear on SiriusXM’s Volume (ch. 106) on May 2 from 10:00 am to 12:00 pm EST for a special program featuring an exclusive interview with Debatable co-host Alan Light and the world premiere of the debut episodes of Sonic Leap and Make It Up As We Go: Season 2. The program will be available on-demand via the SXM App following the broadcast.

The stars and creators of both shows will also appear on a wide range of additional special programming across SiriusXM and Pandora, from in-studio music performances to exclusive interviews to guest DJ sets – introducing the new series to millions of listeners.