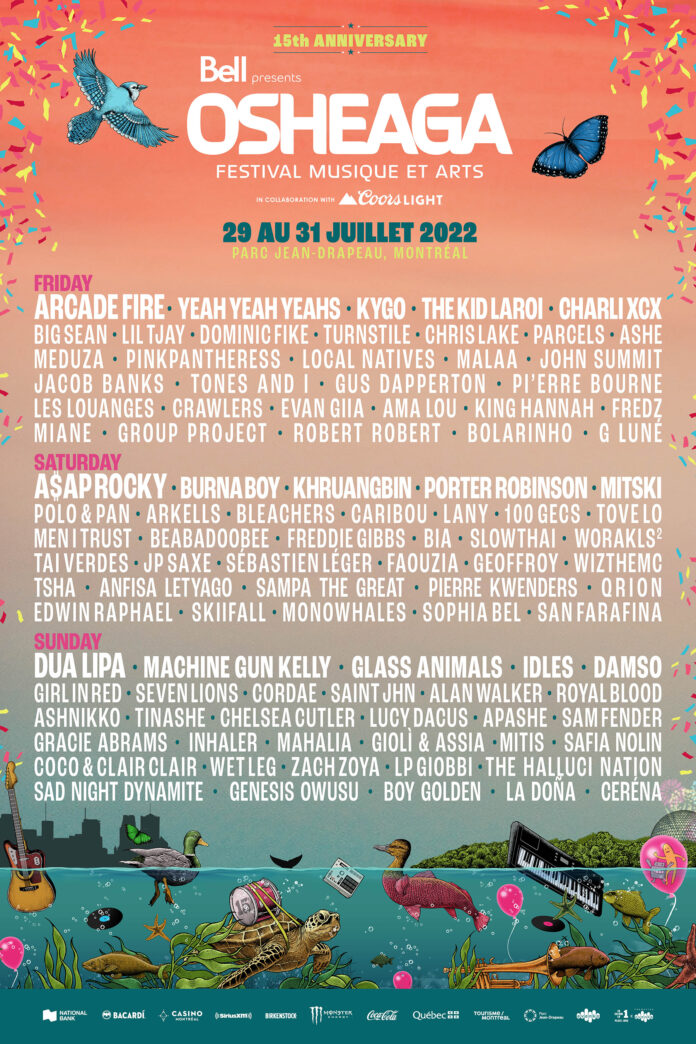 A major milestone always means the most when celebrated with family, so for the 15th anniversary of the OSHEAGA Music and Arts Festival presented by Bell in collaboration with Coors Light, it just made sense to book the band that has resonated so profoundly in the heart of this city over the last few decades, Arcade Fire.

“When the Foo Fighters unfortunately had to cancel, it was extremely important to us that we book a band that means something special to our local music fans as well as an artist that would appeal to a huge fan base internationally. We are thrilled that our local hometown heroes Arcade Fire were able to step in and fill the void. The band put on one of the most memorable headline sets in Osheaga history in 2010, and having them back for our 15th anniversary will be really special,” explains Nick Farkas, Senior Vice-President, Booking, Concerts and Events at evenko and Founder of Osheaga, “Our thoughts remain with our friends in the extended Foo Fighters family in this tremendously difficult time”.

With a new album set for release on May 6th, Arcade Fire will be playing brand new material as well as many of the classics for what will be an unforgettable homecoming set that fans won’t want to miss.