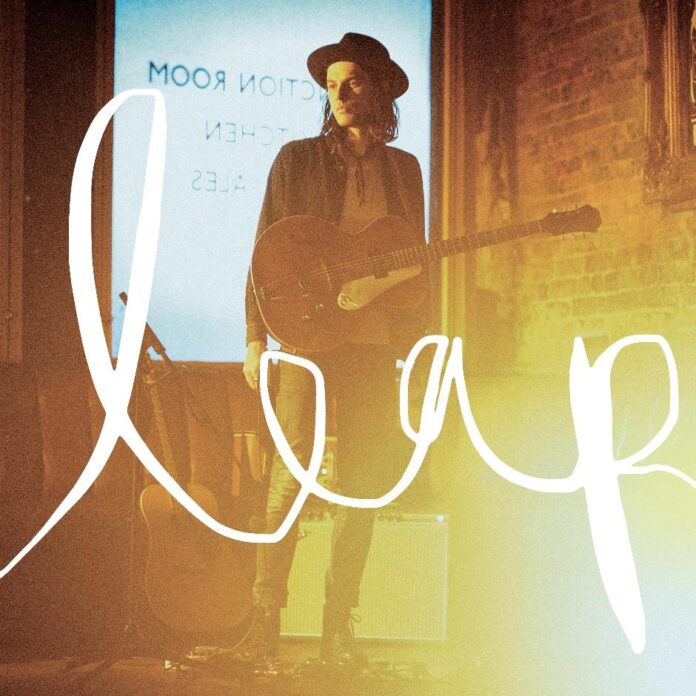 For Leap, Bay worked with some of the most sought after producers and songwriters in a mixture of in person and remote sessions in Nashville & London including Foy Vance [Ed Sheeran], Dave Cobb [Brandi Carlile, Chris Stapleton], Ian Fitchuk [Kacey Musgraves, Brett Eldredge], Joel Little [Lorde, Taylor Swift] & Finneas [Billie Eilish, The Knocks]. Check out the full tracklist below.

To herald the arrival of the record, he just shared a brand-new single entitled “One Life.” Bay previewed the single this week with a heartfelt note on socials talking about the inspiration behind the song – his relationship with his longtime girlfriend Lucy. On the song Bay said: “This is a song I wrote about me and Lucy. We first got together at 16 and have been together ever since. She’s supported me since day 1. From open mic nights, right through to my biggest shows. It’s been one adventure after another, but now we’re on the biggest one of all. Raising our beautiful daughter Ada.”

To announce the album and this next chapter, Bay shared a powerful letter on social media where he talked about his mental journey towards the making of this next body of work.

He says, “In 2019 I was really struggling. I started writing songs to try and help me deal with fear, anxiety and problems with self-confidence. Feelings that run deep, that I’ve never wanted to share. Somehow, it all turned into some of the most hopeful and uplifting music I have ever made.

“I didn’t realize I was only halfway through making my third album when I came across John Burroughs’ quote “leap and the net will appear”. It was in a book about creative rediscovery and those words really sparked something in me. I was reading it because I was lost, feeling worthless. By 2020 I’d written a new batch of sad songs. I recorded them and thought the record was done. Then suddenly the world shut down and I couldn’t tour my new music. All I could do was stay home and write more. That’s when the album really started to take shape. It turns out there is light to be found even in the darkest moments.

“I spend a lot of time (too much time) tangled up in negative thoughts. It’s so easy to spiral. But during all that extra time writing, I decided to embrace my sadness rather than fight it and I began to recognize what lifts me up when things get tough. Suddenly I was pushing the boundaries of my writing in ways I never had before. I looked around at the people in my life that love and care about me the most and for the first time ever, I found a way to write from that emotion. I’ve always been afraid to go to those places, be that vulnerable; to say I love you, I need you and thank you in my writing.

It arrives on the heels of “Give Me The Reason.” The latter has already gathered nearly 8 million global streamsand right out of the gate, Rolling Stone detailed how the single captures “that feeling of being on the verge of letting go of someone, while looking for any excuse to give it another try.” NME dubbed it “bittersweet,” and mxdwn noted, “the song opens up with his iconic voice that ignites the listener.” “Give Me The Reason” was recorded at both Blackbird studios in Nashville and in London with producer Gabe Simon [Lana Del Rey, Maroon 5, Calum Scott] and co-written with Foy Vance and features Ian Fitchuk on drums.